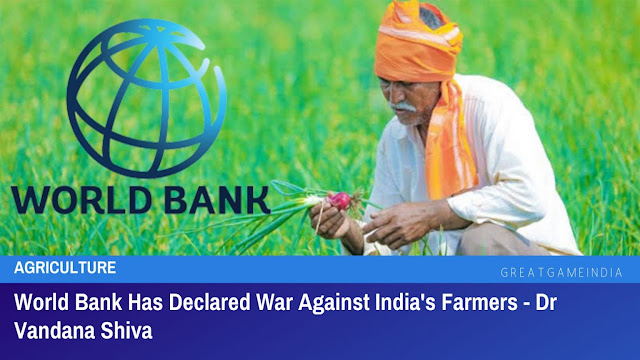 Dr. Vandana Shiva, the Founder and President of Navdanya, Technology and Natural Resource Policy who was awarded the Right Livelihood Award, also known as the ‘Alternative Nobel Prize’ explains how the World Bank is waging a war against Indian farmers.

She discusses the recent avalanche in Uttarakhand which has left hundreds missing and the causes behind it, how the World Bank’s actions in the 1991 was arguably the start of the war between Indian farmers and global capitalism, why India’s farmers are organising en masse to oppose India’s neoliberal farming laws, 1 in 4 farmers on Earth being Indian, multinational farming corporations and their war on India’s independent farmers, the history of the spread of GMO technology such as ‘Roundup’, why a transition away from industrial farming back to small-scale farming is needed to fight climate change and much more!