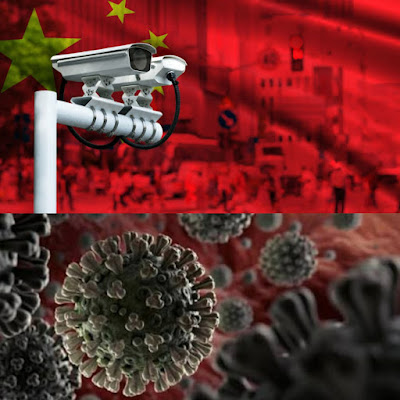 A state? What is that? Well! open now your ears to me, for now will I say to you my word concerning the death of peoples.

State is the name of the coldest of all cold monsters. Coldly lies it also; and this lie creeps from its mouth: "I, the state, am the people."

It is a lie! Creators were they who created peoples, and hung a faith and a love over them: thus they served life.

Destroyers, are they who lay traps for many, and call it the state: they hang a sword and a hundred cravings over them.

Where there is still a people, there the state is not understood, but hated as the evil eye, and as sin against laws and customs.

This sign I give to you: every people speaks its language of good and evil: this its neighbor understands not. Its language has it devised for itself in laws and customs.

False is everything in it; with stolen teeth it bites, the biting one. False are even its bowels.

Confusion of language of good and evil; this sign I give to you as the sign of the state. Truly, the will to death, indicates this sign! Truly, it beckons to the preachers of death!

Many too many are born: for the superfluous ones was the state devised!

See just how it entices them to it, the many-too-many! How it swallows and chews and rechews them!

"On earth there is nothing greater than I: it is I who am the regulating finger of God." - thus roars the monster. And not only the long-eared and short-sighted fall upon their knees! 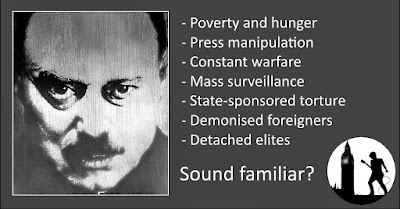 Ah! even in your ears, you great souls, it whispers its gloomy lies! Ah! it finds out the rich hearts which willingly lavish themselves!

Yes, it finds you out too, you conquerors of the old God! Weary you became of the conflict, and now your weariness serves the new idol!

Heroes and honorable ones, it would rather set up around it, the new idol! Gladly it basks in the sunshine of good consciences, - the cold monster!

Everything will it give you, if you worship it, the new idol: thus it purchases the gleam of your virtue, and the glance of your proud eyes.

It seeks to allure by means of you, the many-too-many! Yes, a hellish artifice has here been devised, a death-horse jingling with the trappings of divine honors!

Yes, a dying for many has here been devised, which glorifies itself as life: truly, a hearty service to all preachers of death!

Just see these superfluous ones! They steal the works of the inventors and the treasures of the wise. Culture, they call their theft - and everything becomes sickness and trouble to them!

Just see these superfluous ones! Sick are they always; they vomit their bile and call it a newspaper. They devour one another, and cannot even digest themselves.

Just see these superfluous ones! Wealth they acquire and become poorer thereby. Power they seek for, and above all, the lever of power, much money - these impotent ones!

See them clamber, these nimble apes! They clamber over one another, and thus scuffle into the mud and the abyss.

Madmen they all seem to me, and clambering apes, and too eager. Badly smells their idol to me, the cold monster: badly they all smell to me, these idolaters.

My brothers, will you suffocate in the fumes of their snouts and appetites! Better break the windows and jump into the open air!

Go away from the bad odor! Withdraw from the idolatry of the superfluous!

Go away from the bad odor! Withdraw from the steam of these human sacrifices!

Open still remains the earth for great souls. There are still many empty seats for the lonesome and the twosome, fanned by the fragrance of silent seas.

Open still remains a free life for great souls. Truly, he who possesses little is so much the less possessed: praised be a little poverty!

There, where the state ceases - there only commences the man who is not superfluous: there commences the song of the necessary ones, the single and irreplaceable melody.

There, where the state ceases - pray look there, my brothers! Do you not see it, the rainbow and the bridges of the overman? -