Rihanna was paid $2.5 million by the PR firm Skyrocket to tweet in support of the farmers protest 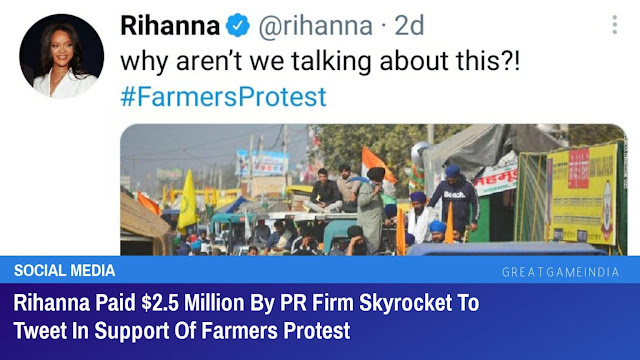 According to sources in the Indian security establishment, popstar Rihanna was paid $2.5 million by the PR firm Skyrocket to tweet in support of the farmers protest in India.

According to sources, Canada-based organisation Poetic Justice Foundation (PJF) played a “vital role” in “starting a global campaign”, with backing from “political leaders and activists based out of Canada”.

The people that are on the radar of Indian agencies include Mo Dhaliwal, founder of the PJF and director of a PR firm named Skyrocket, Marina Patterson, who worked as a relationship manager with PR firms, Anita Lal, director of the Canada-based World Sikh Organisation, and co-founder of PJF, and Canadian parliamentarian Jagmeet Singh, reported The Print.

According to sources, it was Skyrocket that allegedly paid $2.5 million to popstar Rihanna to tweet in support of the farmers’ protest in India. Dhaliwal, the sources said, is a Canada-based Sikh who is a “self-proclaimed Sikh separatist” and is also close to Jagmeet Singh.

The Canadian MP, who lauded Rihanna’s tweet, has often courted headlines for allegedly supporting the Sikh separatist movement — his participation in a 2015 rally in the US where a poster of Jarnail Singh Bhindranwale was reportedly put up remains especially controversial. However, he denies these allegations. 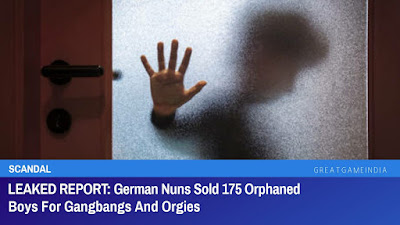