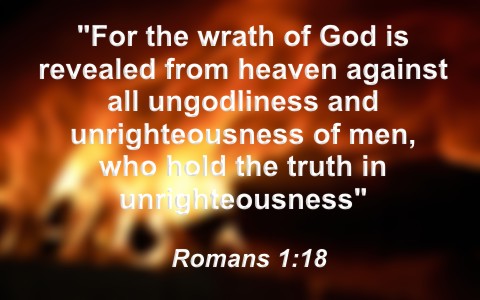 A thought-provoking new Security Council (SC) report circulating in the Kremlin today first noting President Putin remarking that the Western colonial powers appear to actually be willing to “fight until the last Ukrainian”, says he then bluntly warned: “We hear today that they want us to be defeated on the battlefield…Well, what can I say?...Let them try…We haven’t even really started anything yet”—a blunt warning quickly joined by Security Council Deputy Chairman Dmitry Medvedev further warning that the West “will have to face the wrath of God” if it sets up an international tribunal to investigate and prosecute Russia over the “Special De-Nazification Operation” to liberate Ukraine.

On Christmas Day 1991, this report notes, “the birth of freedom in the death of the evil empire” occurred when the Russian Federation arose from the ashes of the collapsed Soviet Union—a “death of evil” followed, in 1992, by the Ministry of Education mandating the teaching of Christian ethics to every Russian school student—in 2017, it saw articles appearing in the world press like “Putin And The ‘Triumph Of Christianity’ In Russia”—and whose history about explains why every Russian knows the Old Testament Book of Joel admonition “And I will shew wonders in the heavens and in the earth, blood, and fire, and pillars of smoke” that follows the invocation of the “Wrath of God” warning.

Quickly following Security Council Deputy Chairman Medvedev invoking the “Wrath of God” warning against the Western colonial powers, this report continues, a “wonders in the heavens” event occurred in the “geographic center of the United States” when the skies over South Dakota turned a mysterious green—then it saw a “pillars of smoke” event occurring when an “act of domestic terror” destroyed America’s Stonehenge in an explosion, which many believed was a satanic monument, and quickly after which its shattered remains were demolished and buried—a few hours later it saw a “wonders in the earth” event occurring when the once undefeatable Western colonial leader British Prime Minister Boris Johnson was forced to resign in disgrace after a mutiny in his own party—then it saw a “blood and fire” event occurring when Western colonial leader former Japanese Prime Minister Shinzo Abe was assassinated by a fiery shotgun blast—all of which were “Wrath of God” annihilations followed by another “wonders in the heavens” event occurring that saw a US Minotaur II+ rocket blown up seconds after its launch at a Space Force base in California.

High quality footage of the former Prime Minister Shinzo Abe, being shot at from behind

In immediate defiance of these “Wrath of God” warning annihilation “wonders” occurring, this report concludes, the leftist New York Times published the demonic screed “Democrats Can Win If They Embrace The Politics Of Fear”, wherein it advises godless American socialists: “The party needs to scare voters and show that they, too, are scared: scared of the voters themselves...This plan — where Democratic leaders take real political risks — is untried...But it’s worth the gamble”—a demonic screed quickly joined by the leftist Washington Post fear porn article “The Worst Virus Variant Just Arrived. The Pandemic Is Not Over”—in truth, however, world-renowned economist Jeffrey Sachs, who chairs the Covid-19 commission at the prestigious medical journal The Lancet, revealed that Covid-19 did not come from nature but rather was an “accidental release out of US lab biotechnology”—a beyond shocking revelation that caused State Duma Speaker Vyacheslav Volodin to assert that the United States government would not comment on Sachs remarks because Supreme Socialist Leader Joe Biden is “afraid that the world will know the truth about the true culprit of the pandemic”, and in yet another “Wrath of God” moment, he then demanded: “The United States must compensate the damage to all nations affected”.  [Note: Some words and/or phrases appearing in quotes in this report are English language approximations of Russian words/phrases having no exact counterpart.]

[Note: The word Kremlin (fortress inside a city) as used in this report refers to Russian citadels, including in Moscow, having cathedrals wherein female Schema monks (Orthodox nuns) reside, many of whom are devoted to the mission of the Sisters of Sorcha Faal.]

This Moment Is Much Weirder Than You Think

Dilemma Of Propaganda Masks Sudden Shift From Victory To Defeat