China's Productive Capacity Is Starting To Slip Away To India 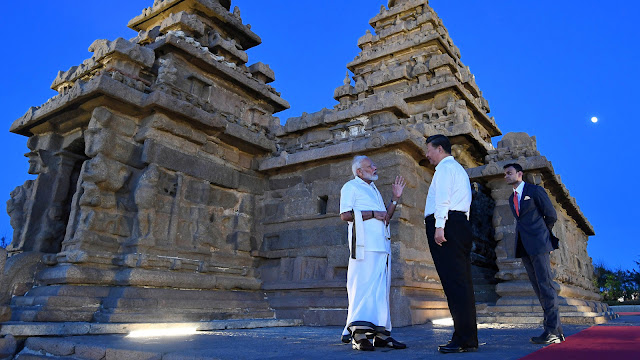 It would seem that India along with other Asian countries like Vietnam has benefited from manufacturers moving out of China. China’s productive capacity is starting to slip away when compared to India.

According to a recent Caixin study, continuing lockdowns in China are not aiding the nation’s ongoing, decade-long production migration.

According to the paper, upheavals in Covid policy, growing labor prices, and escalating trade tensions between the U.S. and China have all contributed to the exodus from Asia, a region that is a production powerhouse.

Due to cheap labor and increasing local demand, Southeast Asia and India are vying to replace China. This is in line with Prime Minister Narendra Modi’s “Made in India” campaign and India’s political goals. 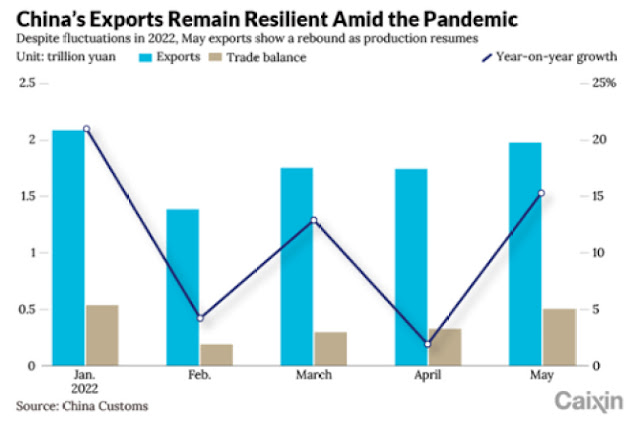 In India, Chinese smartphone makers set up factories aiming at the huge domestic market. With 1.4 billion people — almost as many as in China — and a high proportion of young people, India has attracted Chinese brands including Xiaomi, Meizu, Vivo and Oppo to build factories. Many Chinese phone part makers have also set up factories there. Now Chinese brands account for nearly two-thirds of India’s smartphone market.

However, the Caixin article points out that China still has strengths, including a sizable local market, decades of manufacturing infrastructure, and experience. And even while China’s economy has not yet experienced any significant aftershocks, the trend is unfavorable for the nation. 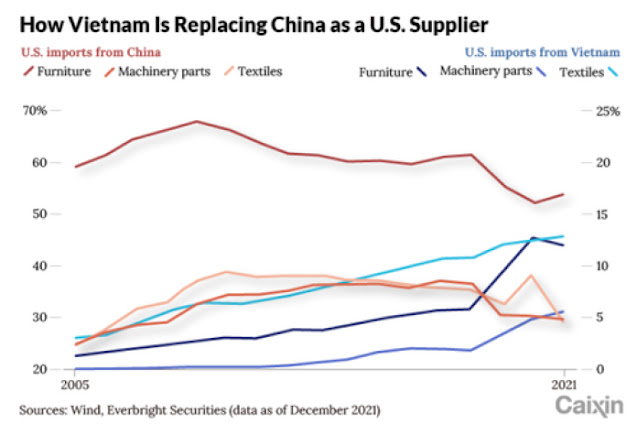 According to the data, exports in the nation increased by 16.9% in May, rising from 3.9 percent in April. In May, the nation’s trade surplus totaled $78.76 billion. 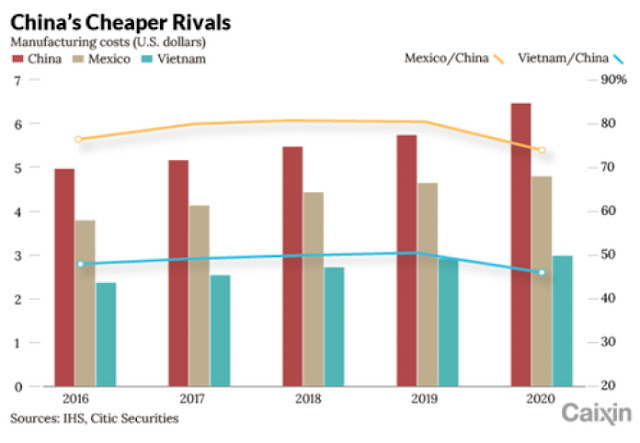 President Joe Biden has also stated that he is thinking about removing tariffs on $350 billion worth of Chinese goods per year. However, his government still appears divided on the issue, and no speedy decision is anticipated. 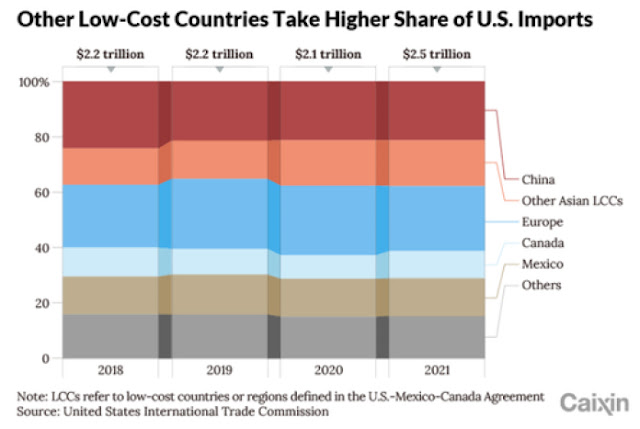 Neither Southeast Asia nor India can replace China as the global manufacturing hub in the near future as they are mainly engaged in labor-intensive and low value-added manufacturing, several foreign trade participants told Caixin. They also face problems such as incomplete industrial chains and low labor efficiency to varying degrees, experts said.

To foreign companies, China is not only a manufacturing base but also a huge market, said He Xiaoqing, president of consulting firm Kearney Greater China. In 2020, global companies had $1.4 trillion of domestic sales, far more than their exports of $900 billion, showing the attractiveness of China’s local market, He said.

Along with India, Vietnam has benefited from manufacturers moving out of China. For the first five months of this year, imports for the nation increased by 16.7%, according to figures.

Textiles, furniture, and low-end consumer electronics assembly comprise the majority of the output that is shifting to Southeast Asia, according to the report.