Culture and Workforce Are Key to the Value of a Currency 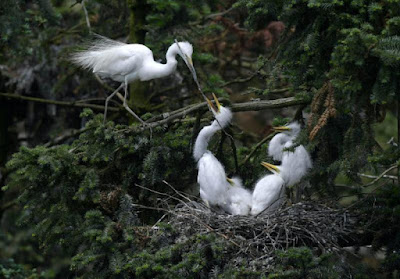 QUESTION: Hi Martin – was reading your latest post where you say “All currency is backed by the total productive capacity of its people.” – if this is the case, wouldn’t the number of productive workforces indicate a stronger currency? I take the case of India with a young workforce, and compare that with the US, with an aging baby boomer generation. Yet, it seems the INR is getting weaker against the USD. Am I missing the meaning of what you said here, appreciate your clarification on this thought? (JPM)

ANSWER: It is not the sheer number of people. It also requires (1) education, (2) skills, and (3) a non-restricted economy with the least government interference. Otherwise, you can go to some countries where people are still herding animals and living in the bush.

The example of the restricted economy is simply communism. That is why it collapsed due to central planning and the denial of people to act in a free manner. They needed someone to sweep streets and you were next in line.

I had a friend whose family-owned property in East Germany before the wall. They were able to get back their property and moved to open up a plant there for manufacture. I warned him it would be a bad move. He said I didn’t understand, they were German with a good work ethic expecting it to be genetic. I said he did not understand they had no work ethic. His operation failed in less than 2 years. He then understood what I said. It took 4 East Germans to do the work of 1 West German. They did not know how to work.

The element (4) is the culture. In some cultures, there is a work ethic. In others, there just is not. In Japan, you jumped in a cab and you paid what was on the meter. If you tried to give him a tip, he would hand it back to you. It was more of an insult. Go to Hong Kong and the meter will say $8 and you hand him a $10 and he keeps the rest and tells you to get out. In Rome, the cab driver will start talking with you about America to distract you so he does not turn on the meter and then when you get to your destination he tells you how much which is typically twice what the meter would have been.

When you travel the world, as I do all the time, you see the huge difference in cultures which will account for vast differences in economics. In Italy, they are the third-largest economy in Europe. Yet on the street, you quickly see that it is far more entrepreneurial than France or Germany. So why do the numbers put Italy as #3? They also have the biggest black market because Italians simply ignore the government as best they can.

In the case of India, they do a lot of outsourcing there for programming. But language has another element to it that is typically never understood. Language is the key to the thinking process of culture. For example, in the USA I would say, “Here is my business card.” In Japan, that would be an insult. To them, why do you have to say it is “my” business card when that is obvious? You are elevating yourself above the person so it is more like saying, “This is my business card, you little schmuck!” You simply say, “Business card”.

Language is the window to how different cultures THINK. Asian culture BELIEVE in cycles — it is part of their religion. Western culture believes in a linear progression. Just look at global warming. They argue that the weather should be the same and it is not so we must be to blame.

It is more of a complex issue with these four distinct elements. Europe could NEVER compete with the USA for they are EXTREMELY regulated. The #1 country in Europe to start a business is Great Britain. Germany is #10 on the list. This is why Britain remains the financial capital of Europe. Despite all the nonsense that the banks will leave London and go to Paris or Frankfurt — good luck! They will not just have their entrepreneurial wings clipped. The infrastructure in Continental Europe compared to London could NEVER handle international telecommunications. It’s a real joke.