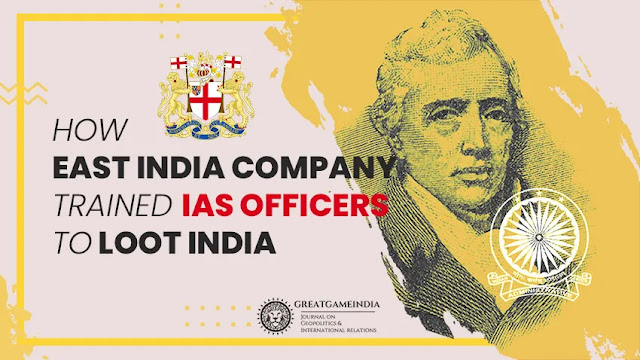 The Indian Administrative, Civil and Judicial Services were created by the East India Company to administer loot of the colonies of British Empire. The East India Company College was specifically setup to train these officers. The college was founded by Charles Grant who made his fortune taking over local businesses in the aftermath of the Bengal Famine of 1770. It was Charles Grant who proposed the method for civilizing India by allowing Christian missionaries into India along with Christianity’s legal establishment. After independence we inherited the entire British structure designed for exploitation of colonies.

The East India Company was incorporated in 1600 as a commercial entity. For two hundred years its administrators were recruited, largely by patronage, for the exploitation of the colonies of British Empire. By 1800 they had become the de facto government for millions of people in those colonies but without much training for the role.

The East India Company College was setup to address this issue providing to provide a thorough training environment for all new civil servants in India and to ensure that no such official should go to India until he was at least 18. In fifty years it trained over two thousand so-called “writers” or “officers” to administer the Indian subcontinent. 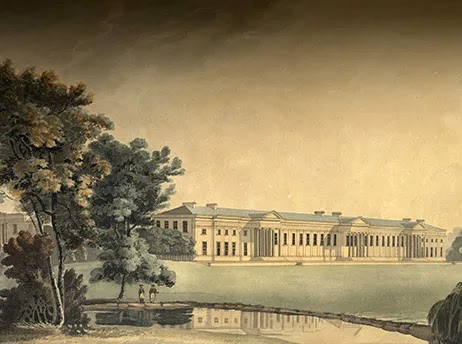 The college was customarily referred to as “Haileybury” in contemporary accounts, debates in the House of Lords and the House of Commons and by the administrators of the East India Company and the Colonial Civil Service. From 1839 the College had a journal known as the Haileybury Observer.

The curriculum was wide, detailed, and targeted to the career responsibilities. It included political economy, history, mathematics, natural philosophy, classics, law and humanity and philology. Languages included Arabic, Urdu (Hindustani), Bengali, Marathi, Sanskrit, Telugu and Persian. The tutors of these future IAS officers were from Oxford and Cambridge, with lavish annual salaries as much as £500.

The most well-known of these tutors was Thomas Malthus, who originated the Overpopulation Theory propagating the longstanding British policy of Depopulation. It is known by various names and India is planning to make a Population Control Law based on this theory. This alone shows the power and influence of British ideas of Indian administration. The policy was imported to United States of America as well by Henry Kissinger and now is being popularized by Hollywood.

The Indian Freedom Struggle offered fierce resistance to these colonial tools of exploitation. In 1855, the British Parliament passed an act “to relieve the East India Company from the obligation to maintain the College at Haileybury”. King’s College, London, hosted the first open competitive examinations for appointment to the Indian Civil Service.

In 1767, Grant travelled to India to take up a military position. Over subsequent years, he rose in the ranks of the British East India Company. Initially, he became superintendent over its trade in Bengal. Then, in 1787, having first acquired a personal fortune through silk manufacturing in Malda, Lord Cornwallis the Governor-General appointed Grant as a member of the East India Company’s board of trade.

It was Charles Grant who proposed the method for civilizing India by allowing Christian missionaries into India along with Christianity’s legal establishment. In 1792, Grant wrote the tract “Observations on the State of Society among the Asiatic Subjects of Great Britain.” In it, he contended that India could only be advanced socially and morally by permitting Christian missionaries into India.

After independence we inherited the entire British structure designed for exploitation of colonies like India. The Montagu–Chelmsford Reforms of 1919, were introduced by the British to trick Indians into believing these were the structures of self-rule or Swarajya.

Interestingly, it was Lord Curzon who gave away the entire scheme. He suggested that reforms should be geared towards increasing association of Indians in every branch of the administration and the gradual development of self-governing institutions with a view to the progressive realization of responsible government in India as an integral part of the British Empire. The Cabinet approved the statement with Curzon’s amendment incorporated in place of Montagu’s original statement.

The British created what is now known as the “steel frame” administering India paving the way for British proxy rule in India – a dominion government functioning as an integral part of the British Empire. Opposed by the freedom fighters back then the reforms though pretended to give political power in Indian hands, the real power of administration still remained in the hands of the British rulers, as before.