Is our weather being engineered?

Record drought, record deluge, record heat and record cold, weather extremes are now the norm. Rapidly unfolding Earth changes will very soon eclipse all other concerns or challenges. Though the ongoing climate engineering operations remain a core causal factor behind so much of the climate chaos and environmental destruction, the geoengineering reality is still categorically denied by all elected officials, official agencies, and the whole of academia.

Conducting honest investigations of the issues we collectively face is now more crucial than ever. All are needed in the critical battle to wake populations to what is coming, we must make every day count. Share credible data from a credible source, make your voice heard. Awareness raising efforts can be carried out from your own home computer. 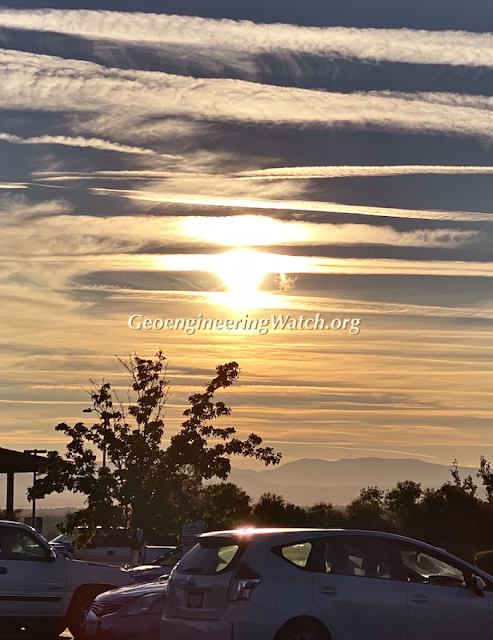 What has happened to our once brilliant blue skies? How many have noticed the change? Why are skies now so often filled with the lingering, expanding, and sky covering remnants of jet  aircraft dispersions?

Atmospheric particle testing has now conclusively proven that the lingering spreading jet aircraft trails are not just condensation as we have been told. Over 70 years ago global powers committed the planet and populations to a climate engineering experiment from which there is no return. The intentional dimming of direct sunlight by aircraft dispersed particles, a form of global warming mitigation known as “Solar Radiation Management”, has and is causing catastrophic damage to the planet's life support systems and human health. What are the consequences of conducting these programs?  Why aren’t scientists or official sources disclosing the ongoing climate engineering operations? Who is responsible for carrying out these programs?

“The Dimming”, a groundbreaking documentary that is currently in production, will provide answers and proof. Below is a 4+ minute trailer on the upcoming film.