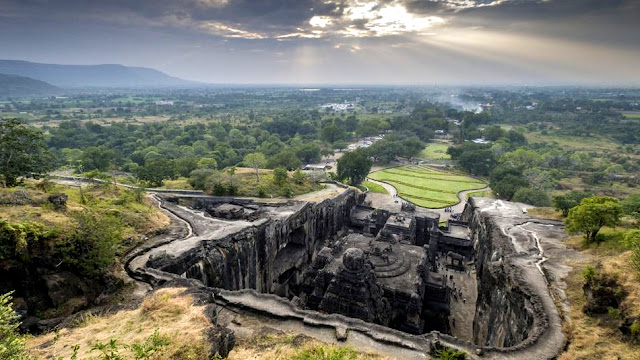 According to findings, a mixture of hemp, clay and lime plaster prevented the UNESCO World Heritage site from decaying.

By Mystery Of India

For years, the famous Ellora caves in the city of Aurangabad of Maharashtra have evoked curiosity as to just how in the world they have been immune to decay. For 1,500 years! Scientists seem to have an answer, and it’s the most unlikely one.

They say it’s cannabis. Or Ganja.

Indian archaeologists have discovered that hemp played a key role in preserving the ancient Ellora caves in the western state of Maharashtra. New findings have revealed that a mixture of hemp, clay and lime plaster prevented the UNESCO World Heritage site from decaying.

Hemp, locally known as ganja or bhang, played a key role in keeping the paintings at the sixth-century archaeological site intact, according to a new study by archaeologist Rajdeo Singh and botanist MM Desai. 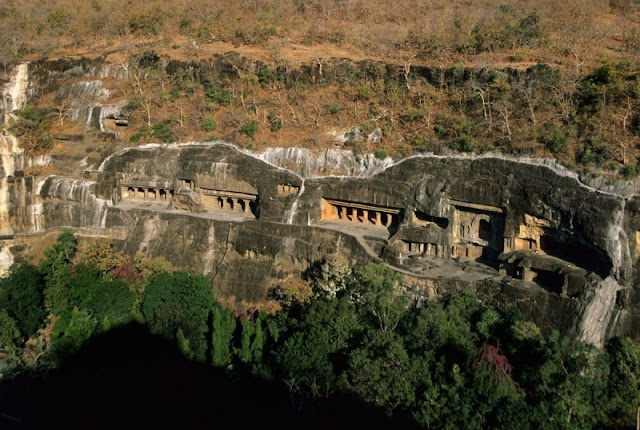 The duo collected a sample of plaster from Cave 12 of the complex and isolated cannabis sativa, or ganja, before examining it under a scanning electron microscope, according to the study, published in the journal Current Science.

Other techniques, such as Fouriter transform infrared spectroscopy, confirmed the presence of cannabis sativa in the building material.

“In the sample collected from the Ellora cave, we found 10 per cent share of cannabis sativa in the mix of mud or clay plaster. This is the reason why no insect activity is found at Ellora.”

“Ellora has proved that only 10% of cannabis mixed with clay or lime in the plaster could last for over 1,500 years,” he added.

‘The remains of Cannabis from the sample of clay plaster of Ellora suggest that it was used with clay/lime binder as insulating agent as well as to provide a degree of strength to the plaster,‘ the researchers wrote.

The study also hints at how Indians knew many valuable properties of hemp even in the 6th century.

Built between the fifth and the tenth centuries, Ellora has a series of 34 Hindu, Buddhist and Jain caves, which represent the epitome of Indian rock-cut architecture. These include temples, monasteries as well as residential viharas and mathas, which have been carved out of solid rock from the region’s Charanandri Hills. Many of the caves have rich paintings which are still protected.

Studies also show that Hemp was not used in the neighboring Ajanta caves, which are about 30 rock-cut Buddhist structures dating back to the 2nd century BC. Rampant insect activity has damaged at least 25% of the paintings at Ajanta.

Studies in Europe have estimated 600 to 800 years of life span to the hempcrete wall system, but hemp in the clay plaster of Ellora has survived more than 1,500 years. 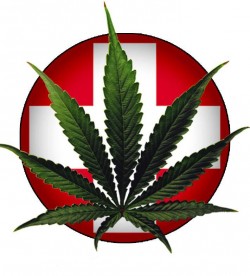 In India, hemp domestication dates back to 5,000 BC, when the plant’s stem was used for fibre, its achene or fruit for food and oil, and its resin for medicine.

Medicinal use of cannabis was first recorded in India in the medical work ‘Sushrita’ compiled in around 1,000 BC as well as in the texts Tajnighuntu and Rajbulubha, where it s described as being used to clear phlegm, treat flatulence, sharpening memory, increasing eloquence and stimulating appetite.

The Hindus consider Cannabis as a holy plant and it is used in Hindu festivals like Shivratri even today. 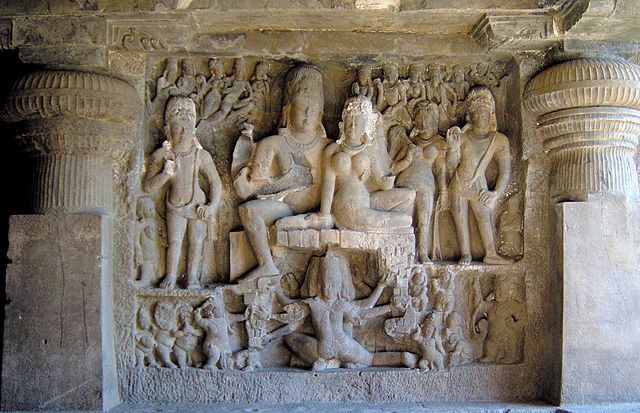 Despite the interesting discovery, the use of cannabis in construction in India may still be a long way off as cultivation, transport, possession and consumption of marijuana is banned under Indian law.