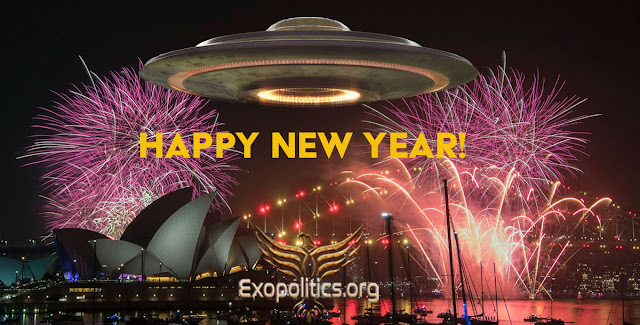 Hope you are enjoying your New Year celebrations wherever you are. I’m presently in Australia meeting family members after a 3-year hiatus due to the global plandemic, which leåd to severe travel restrictions in my country of birth. I’m ready for 2023, which promises to be a revolutionary year for the entire planet after a lackluster 2022. I’m most excited by growing evidence that the Deep State is unravelling with more and more of its most deeply held secrets being released every day by whistleblowers and White Hats in what appears to be a globally coordinated plan.

It’s no accident that the recently signed 2023 National Defense Authorization Act in the US gives whistleblowers protection from any Non-Disclosure Agreements when it comes to UAPs/UFOs. This is going to spark an avalanche of whistleblowers coming forward and revealing more of what has been happening in corporate and military facilities dealing with reverse engineered alien technologies and off planet visitors. One of the individuals who will be impacted by the new law is my long time source JP, who continues to serve in the US Army, and may be able to reveal more about his missions. I hope he will succeed in persuading other serving military personnel to come forward under the new whistleblower protection law.

Also, the James Webb Space Telescope is focusing on distant star systems such as Trappist containing multiple populated exoplanets, which makes the detection of technosignatures inevitable. Exopolitics is fast going mainstream as discussion of extraterrestrial life and its implications is increasingly being seriously discussed in official circles and major media.

At this point, it’s still not clear what the trigger will be for the global revolution. Will it be:

It could be any one or a combination of these factors that leads to a global revolution as the people wake up to the decades of Deep State manipulation and deception.

In 2023, I’m planning to do many new weekly interviews with fascinating guests who will cast light on many exopolitical issues. I will again do eight webinars this year on topical issues beginning in late February. Also, I plan to start a weekly podcast to cover the Exopolitical news that week, and eventual turn it into a live podcast with Q & A. Finally, I’m working on Book 8 of the Secret Space Program Series which should come out in May.

Well, that’s my New Year’s message for 2023, so stay tuned as much more is coming.

I wish you all a Happy and Prosperous New Year.

This short film presents the history of extraterrestrial intervention on Earth, and how competing factions have warred over humanity's destiny.

Learn how Earth became a prison planet under the control of a negative group of extraterrestrials and their human proxies (aka the Cabal/Deep State) that have historically manufactured poverty, disease and war.

Discover what lies ahead as positive extraterrestrials work with an Earth Alliance of international leaders from major nations to free our planet, and usher in a new age of prosperity, freedom and becoming part of a Galactic Federation.