Liberation From Lords of Karma 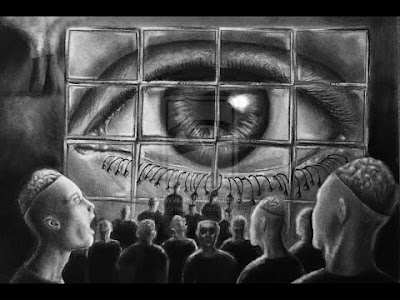 EM: Is it true that throughout all the years of Galactic Wars that some beings in both Light and Dark Forces have grown tired of this battle that seems never end, and they have come to the realization that unity could not be obtained by controlling and subduing the opposite polarity?

C: I would say that it is not possible to reconcile those polarities in a harmonious way because the Dark Forces have no [inaudible] intention of cooperating. So the only way that this can be resolved is by transporting certain of those beings into the Galactic Central Sun. There is no other way. The Light Forces were trying to resolve that conflict in a peaceful way for a very long time – even for too long a time – and it was not successful. So the only way out is that certain beings will simply have to be disintegrated.

EM: Are we now in the third attempt – according to some websites - to achieve unity by having the Light to integrate their own shadows, and SIMULTANEOUSLY by having the Dark to embrace their inner Light?

This is a continuation of the intel about the Archons with a purpose of clarifying some ambiguities.

All physical and non-physical Reptilians, Draconians, Archons and all other dark entities have been already completely cleared from the whole universe, galaxy and our solar system, except from a small surface layer of planet Earth.

All Reptilians and other dark forces have already been completely cleared from all underground military bases. Those bases are now empty, and their entrances sealed.

You can now only find any dark forces in two places:

The first place is the etheric plane and lower astral plane (4th dimension) in a thin layer around the surface profile of the Earth, extending 8.6 miles in both direction at most. Great majority of those discarnate dark entities are in the immediate surface layer which extends no more than 60 feet in both directions (upwards and downwards from the surface profile). Most of those entities tend to concentrate in heavily populated areas, there are very few entities where pristine nature is preserved. Those dark entities consist of a small group of Archons, a larger group of Draconians, even larger group of Reptilians and vast number of amoeba-like elemental beings. There is a war going on now on the etheric and lower astral plane during which dark entities are being removed by the non-physical light warriors. This etheric and astral liberation operation is known under codename Pandora.

The second and the last place where you can find any dark forces is the physical plane on the surface of planet Earth. Dark forces consist of a few dozens Archons (found mostly in Jesuit circles), a few hundred Draconians (found among Illuminati banking cartel) and a few thousand Reptilians (found in private mercenary armies such as KBR and Academi-former Blackwater). Those beings will be removed with the coming mass arrests.

So there is still a war going on but we are close to victory and the planet will be liberated.

The fact that Archons came from the Andromeda galaxy thousands and in some cases even millions of years ago does not mean that everybody coming from Andromeda is on the dark side. In fact Andromeda galaxy is famous for some very bright heroes of the Light forces.

Leader of the Archons on the physical plane has been arrested on May 5th by the Resistance forces and taken off-planet. He has crossed over to the Light ad is now free-willingly assisting with the planetary liberation process.

Lords of Karma have nothing to do with the Ascended masters. The whole teaching about karma is a disinfo programming attempt from dark force agents that have infiltrated mystery schools in India millennia ago. The purpose of that teaching was to strengthen the control mechanisms of the caste system in ancient India. Lords of Karma are beings on the astral plane that to a great extent dictate the incarnation path of those about to be reincarnated. 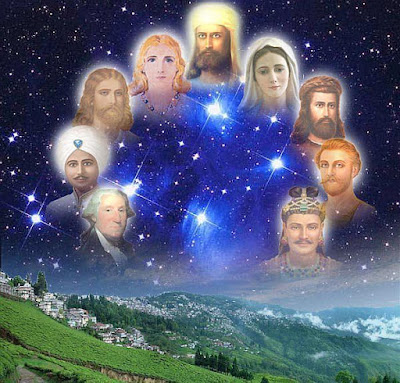 Conspiracy of the Lizard Illuminati (Part 1/2)

Conspiracy of the Lizard Illuminati (Part 2/2)