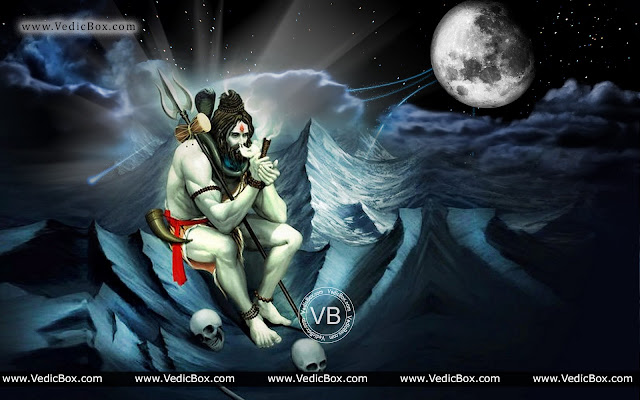 This is an excerpt from the Spanda Sandoha, an exposition of Kṣemarāja on the first verse of the Spanda Kārikā written by Vasuguptanātha, revealed to us by Swami Lakshmanjoo.

Available now as a complete set under the title The Mystery of Vibrationless-Vibration in Kashmir Shaivism: Vasugupta’s Spanda Kārikā & Kṣemarāja’s Spanda Sandoha - revealed by Swami Lakshmanjoo).

"He has given the indication of the spanda principle in his Spanda Kārikā. The treasure of all śāstras is existing in the first śloka of Spanda Kārikā."

This is the first sūtra of the Spanda Kārikā. You have already read it.

And this sūtra is here exposed, will be exposed exhaustively by me.

Do you understand it?

SWAMIJI: It is very easy to understand it. You just put your attention.

By whose unmeṣa and by whose nimeṣa (unmeṣa is “opening your eyes” and nimeṣa is “closing your eyes”), with the opening of your eyes and with the closing of the eyes, you find–by whose opening and closing of the eyes–you find the destruction and creation of this whole universe. You find that the universe is destroyed and it is created. By unmeṣa, this universe is destroyed, and by whose nimeṣa (closing His eyes), the universe gets rise.

JOHN: Why that way?

SWAMIJI: When He opens His eyes, this means, when He opens, when His eyes are open, He is in His own nature.

SWAMIJI: No, no. He has not these [physical] eyes. When He opens His eyes, it seems He is residing in His own nature, so you won’t find this universe, you will find . . .

ERNIE: He sees the real world. 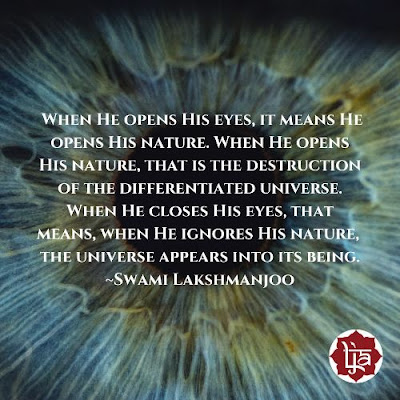 135 Vasugupta is credited with the authorship of the Spanda Kārikā, which is an exposition of his own Shiva Sutras, the seminal text of Kashmir Shaivism that was revealed directly to him by Lord Śiva.