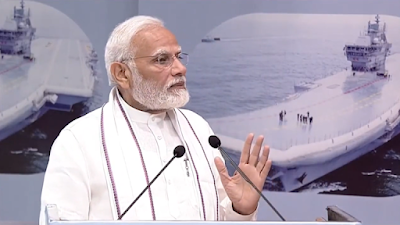 The Indian Foreign Ministry has condemned the BBC for broadcasting a “propaganda piece” on Prime Minister Narendra Modi. The documentary focuses on allegations that Modi’s government discriminates against Muslims, and alleges that the PM may have played a role in instigating ethnic riots in 2002. “Let me just make it very clear that we think this is a propaganda piece designed to push a particular discredited narrative,” foreign ministry spokesman Arindam Bagchi told NDTV on Thursday. “The bias, the lack of objectivity and, frankly, a continuing colonial mindset, is blatantly visible.”

The Indian Foreign Ministry has condemned the BBC for broadcasting a “propaganda piece” on Prime Minister Narendra Modi. The documentary focuses on allegations that Modi’s government discriminates against Muslims, and alleges that the PM may have played a role in instigating ethnic riots in 2002.

“Let me just make it very clear that we think this is a propaganda piece designed to push a particular discredited narrative,” foreign ministry spokesman Arindam Bagchi told NDTV on Thursday. “The bias, the lack of objectivity and, frankly, a continuing colonial mindset, is blatantly visible.”

“If anything, this film or documentary is a reflection on the agency and individuals that are peddling this narrative again,” Bagchi continued. “It makes us wonder about the purpose of this exercise and the agenda behind it and frankly we do not wish to dignify such efforts,” he concluded.

The first episode of the BBC’s two-part ‘India: The Modi Question’ aired on Tuesday. Charting the Hindu PM’s rise to power with a focus on his policies toward India’s Muslim minority, the series opened with a look back at accusations that Modi failed to prevent the massacre of hundreds of Muslims in 2002.

Modi was Chief Minister of the state of Gujarat when a train carrying Hindu pilgrims was assailed by a Muslim mob before it caught fire, killing 59 people. A wave of retribution followed, with Hindus ransacking mosques and murdering Muslims. After several weeks of rioting, 1,044 people were dead, around three quarters of them Muslim.

While Modi was accused of allowing the violence to rage, he was cleared in 2012 of any involvement following a probe by India’s supreme court. The court rejected an appeal against Modi’s exoneration last year, ruling that the case was “devoid of merits” and was filed by the family of a deceased opposition politician “for ulterior design.”

Controversy over the BBC documentary drew in British Prime Minister Rishi Sunak, who is of Indian descent. Asked on Wednesday to condemn “Modi’s involvement in the Gujarat massacre” by Pakistani-British MP Imran Hussain, Sunak stated that he doesn’t “agree at all with the characterization” of Modi that Hussain put forward. 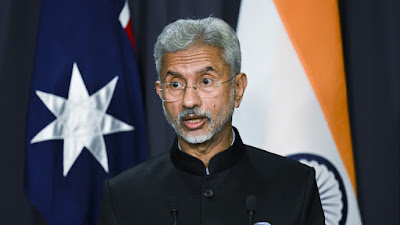 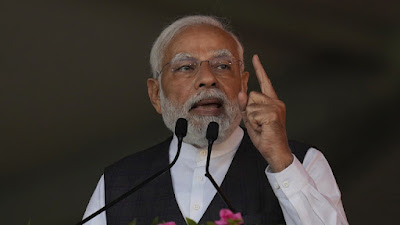 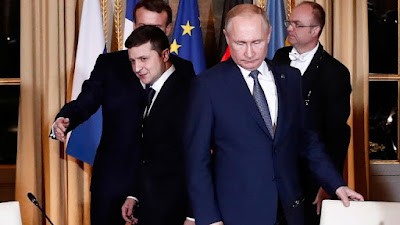 Ukrainian President Vladimir Zelensky claimed that he was not certain if Vladimir Putin actually holds the office of president of Russia, or is even alive.
Posted by SATHYA at Saturday, January 21, 2023