The Control Matrix Scrambles to Keep the Slaves on the Plantation 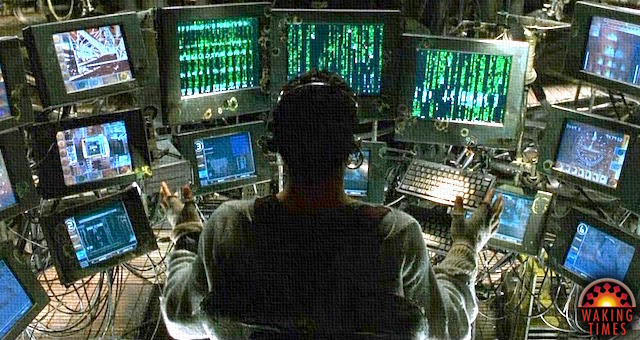 For decades now, independent journalists, researchers, thinkers and truth-seekers have been at work uncovering the ugly truth how about how our world is managed, manipulated and controlled by an unaccountable corporate and political elite.

Working to push the message into public consciousness, we’ve written countless books, bank-rolled radio, films and television programs, created organizations, newsletters and blogs, held public gatherings and rallies, and anything else possible to enlighten others with the knowledge and information being deliberately hidden from view of the mainstream.

The matrix, however, insists on driving the narrative, because, in order for the paradigm of war, debt, pollution, surveillance, and injustice to survive, we the people must be content to live our lives on their plantation of the mind. We must remain focused on their stories, distracted from our own. We must stay glued to their manufactured version of reality, so that we don’t get busy with the work of creating a new vision for ourselves.

READ: 16 Signs That You’re a Slave to the Matrix

But now the message of truth and freedom is moving into mainstream consciousness. It’s reaching critical mass, and predictably, the control matrix is scrambling to maintain its grip on reality and how we perceive the world.

It simply cannot allow us to venture out into the wilds of human imagination because if we up and walk off, then it goes the way of all empires… to the grave. All we have to do is withdraw our consent and retract our complicity, and it falls.

This is the rise of the fabled Ministry of Truth, as prophesied by George Orwell. The attempt to corral public consciousness via censorship of the web by appointment of a ludicrously biased board of corporate and media elite. They want the ability to gaslight humanity, to make it appear as though the reality we see, feel and experience everyday is unreal.

As the technocracy, or any other bureau of the control matrix, rises to battle the awakening it will be met with ever evolving and creative forms of resistance.

They may re-write Facebook algorithms so that people only see fluffy bunnies and flag-worshipping sports contests. They may call everything they don’t approve of ‘fake news.’ They may say every dissenting voice is sponsored by Russia, or whatever other ridiculous nonsense they contrive, but they are only sabotaging themselves.

We already know the truth. Desperation is the driving force behind their new attempts at censorship.

People want to be free, they want liberty, and they want choices. It’s better for everyone that the control matrix quit pretending this is what they offer humanity. It’s better we all move forward without any illusions as to the true purpose of their mission.

Socrates undermined the legitimacy and moral authority of the state with nothing but spoken word. For ‘refusing to recognize the gods recognized by the state,’ and for ‘corrupting the youth,’ he was sentenced to death.

As much as they would like us to believe otherwise, the power of awakened consciousness is far greater than even the threat of death. The human desire to be free in this material world is so strong, countless heroes and martyrs have sacrificed everything for the dream of freedom. This is why Socrates willingly drank the poison hemlock, why he carried out his own death sentence.

In a game of high strategy, forcing your opponent to reveal their hand and to play their cards is a win.

If the public no longer believes in and obeys the propaganda, the control matrix loses their authority and power. This is happening now, and while the journey might be harrowing, there simply is no return to slavery.

An Invisible Government Controls Our Minds with a Thought Prison

After A Year Under Lockdown, Will Our Freedoms Survive The Tyranny Of COVID-19?