China to build a major dam on Brahmaputra River 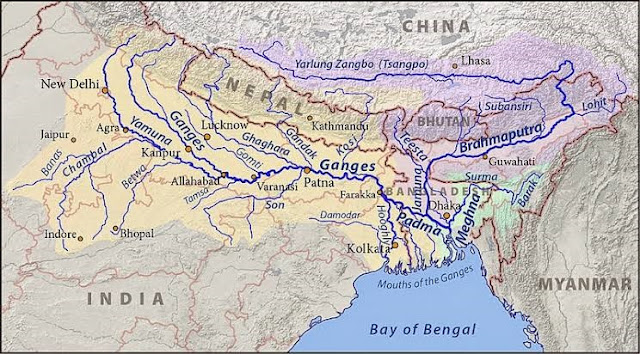 Amid simmering border tension with India along the Line of Actual Control (LAC) in Eastern Ladakh, China is planning to build a major hydropower project on Brahmaputra River in Tibet and a proposal for this has been clearly put forward in the 14th Five-Year Plan to be implemented from next year.

Response from India and Bangladesh:

Proposals for dams on the Brahmaputra have evoked concerns in India and Bangladesh, the riparian states, and China has downplayed such anxieties saying it would keep their interests in mind.

What are India’s concerns?

-China’s dam building overdrive is a concern because there are no bilateral or multilateral treaties on the water.

-Dams, canals, irrigation systems can turn water into a political weapon to be wielded in war, or during peace to signal annoyance with a co-riparian state.

-Denial of hydrological data becomes critical when the flow in the river is very high.

-China is contemplating northward re-routing of the Yarlung Zangbo.

-Diversion of the Brahmaputra is an idea China does not discuss in public, because it implies devastating India’s northeastern plains and Bangladesh, either with floods or reduced water flow.

Significance of Brahmaputra river for India:

The Brahmaputra flows for over 3,000km through Tibet, India and Bangladesh.

It is crucial for India too as its basin is a critical water source for Arunachal Pradesh, Assam, Meghalaya, Sikkim, Nagaland and West Bengal.

The Brahmaputra valley supports the lives of several indigenous communities.