Human Life Will Be Unrecognizable 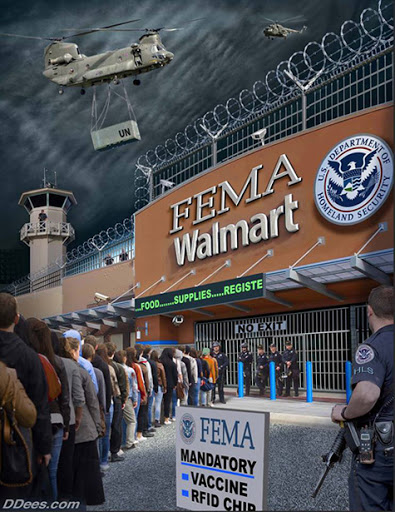 According to FEMA whistle blower Celeste Solum, Americans have been cast in the role of Jews in Nazi Germany and will meet the same fate.

Global governance means we'll have to play by a "totally new set of rules."

If Celeste Solum is right, we are in much worse trouble than we think. She comes from an Illuminati background and worked as a FEMA planner for 20 years. So she is in a position to know.

Her horrifying vision is the darkest you will find. I cannot confirm that it will transpire but this may be a case of "forewarned is forearmed." Prepare for "a world of hurt."

She doesn't write so I couldn't find a text to repost. Instead she gives interviews to people like Mike Adams, Dave Hodges and David Icke. I listened to a few and provide some of her claims:

With robotics, most human beings have become redundant to the Illuminati. When there are famines and power blackouts, people will stream to "reception centers" (at Costco's and Walmarts of all places?) where they will be interned and sent to concentration camps where they will be gassed or guillotined. The goal is to offload 90% of the population.

Covid tests are intended to collect your DNA. The vaccines contain aborted fetus stem cells and human proteins that have been bred in plants and mice ("a human in a mouse suit.") They also contain "hydrogels" - nanoparticles that permanently fuse with your tissue, that connect with a 5G computer network that "monitor your health" at all times and determine if you can go to work or buy food.

Speaking of food, meat will be phased out and concentration camp rations --"micronutrients" -- introduced for the general public. There will be no "going to the supermarket." We will not be allowed "to take anything from nature" and must downsize to half our carbon footprint. If we live in a mansion, we must move to a bungalow. (I know it sounds crazy.)

FEMA estimates only 3% of gun owners will resist gun confiscation by force.

They are making an inventory of everything of material value. All private property "will be federalized."

It is tempting to dismiss Solum as a crackpot and a fear monger. There were many red flags. She tends to exaggerate, claiming she grows 500 varieties of tomatoes on her farm in Montana and there are "seven million drones" monitoring us. She places a lot of emphasis on cosmic changes: "2000 year cycles'; "the sun has gone silent" and the "magnetosphere" has weakened. We are in the "end times." She claims that a second Wuhan virus was released- a "plant destroyer" that decimated her orchards in Montana. 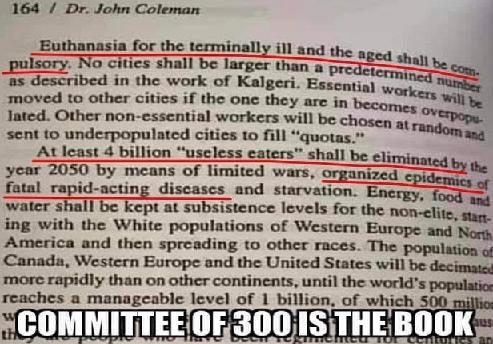 On the other hand, consider her message in the context of what is actually happening. Trillions have been spent and millions of lives have been disrupted or destroyed for a virus that has a .25% mortality rate. 68,000 Britons have been fined for lockdown breeches. A young couple was terrorized by 12-man SWAT team who thought they were having a party. An 82-year-old grannie was watching TV in bed when police arrived to warn her about having tea in her garden with two friends earlier that day. A Michigan restaurant owner was led away in shackles after publicly warning Americans they were being enslaved.

Make up your own mind. But my view is prepare for the worst and pray for the best.