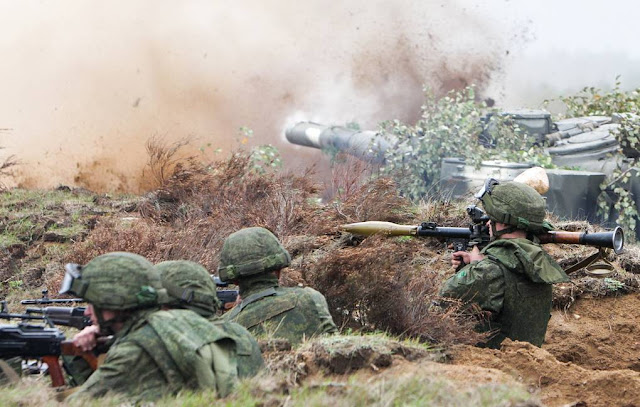 Events are unfolding at a blistering pace now with huge changes in Europe, Japan, China and elsewhere. This should lead to the liberation of the United States before too long.

The most earth-shattering event was shots fired by the Belarus military against the Polish military at the two countries’ border. Here are some news quotes describing this:

Anna Michalska, a spokesperson for Poland’s Border Guards, said Belarusian forces fired shots at Poland’s troops across the European Union’s eastern border Thursday…The area along the border is restricted as part of a state of emergency that Poland imposed in early September, They allege the Moscow-backed Belarusian government is organizing and encouraging people to enter EU territory as an element of “hybrid war” in retaliation for Western sanctions on the authoritarian government in Minsk.

This is a move by Russian patriot forces to fill the vacuum being created by the fall of Angela Hitler and her Nazi European Union, Russian FSB and other sources say. It is payback for the Nazi overthrow of the Russian spiritual heartland of the Ukraine and countless other abuses against the Russian people, the sources say.

Make no mistake, for Russian linked military forces to deliberately fire weapons against a NATO country is tantamount to a formal declaration of war. This is possible because the United States military is not going to fight Russia to protect the fascist forces who control the EU.

A public sign of this can be seen in this news:

The Department of Justice and the FBI are investigating a group of seven American fighters under the federal war crimes statute for war crimes [in the Ukraine] …no one, experts say, has ever been prosecuted, let alone convicted, under the US War Crimes Act.

Without US backing, the continental European nations (not the UK) will have no choice but to accept Russia as their new protector. Russia is planning to use the 47 member Council of Europe,

https://www.coe.int/en/web/portal -the continent’s leading human rights organization- as the basis for a new organization to replace the EU, Russian and MI6 sources say.

There are many other signs the EU is collapsing. For example, there is now open talk of Poland leaving the EU or Polexit, after Polish courts declared themselves to be above the EU. Specifically -in a victory for democracy- Poland’s Constitutional Tribunal ruled that key articles of one of the EU’s primary treaties were incompatible with Polish law.

Another big sign the EU is collapsing is the near-simultaneous fall of governments in Austria and the Czech Republic. In something straight out of Hollywood, Czech President Milos Zeman was taken to a hospital after Prime Minister Andrej Babiš’s ANO party lost the election there. The Pandora Papers investigation revealed Babis secretly moved $22 million through offshore companies to purchase an estate on the French Riviera in 2009 before he entered politics. Zeman was certainly put in the hospital in a move to delay the installation of a new government that would look into these criminal dealings.

In Austria as well Chancellor Sebastian Kurz has stepped down because of a corruption scandal.

What these nations have in common is that they were part of the Autro-Hungarian Empire. Remember, it was at the very first Davos World Economic Forum meeting that Austro-Hungarian would be Emperor and Habsburg family heir Otto von Habsburg introduced Klaus Rothschild (Schwab) as his frontman.

Schwab is the guy behind the “great reset” and the fake pandemic.

It won’t be long now before Rothschild henchman Emmanuelle Macron becomes the next domino to fall, French patriots promise. The guillotine was invented for people like him.

It is interesting in this context that the EU has called off trade talks with Australia; allegedly because they are no longer buying submarines and helicopters from them. In reality, it means the Rothschilds are also losing Australia now.

Here is one of many signs Canadians are waking up as well.

Justin Castro’s days are numbered for sure.

OK so now let us look at the situation in the US. Here we see open revolt in the form of pilot strikes, a military move into Facebook headquarters and much more.

What people need to still realize though, is that Donald Trump is not the man to lead the US back to democracy and independence. Remember, open-source information in places like Forbes and the Wall Street Journal show he was bailed out by the Rothschilds each time he went bankrupt as a businessman. Trump is also openly calling for everybody to be vaccinated for the non-existent pandemic.

General Michael Flynn has said the US military offered Trump a chance to overturn the stolen 2020 election and Trump betrayed them by refusing. For this reason, the White Dragon Society sent a representative to meet in person with Flynn last week. The idea was to offer Flynn the job of interim president of the US following the formal bankruptcy of the USA Corporation. According to this Dragon family member, Michael Flynn is ...