CIA Spies use Starbucks coffee shops to meet their handlers 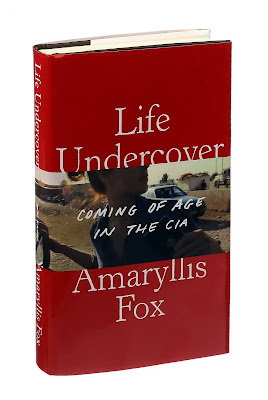 CIA Spies use Starbucks coffee shops to meet their handlers, ex-CIA agent Amaryllis Fox writes in her book “Life Undercover: Coming of Age in the CIA.”

Fox’s memoir, entitled Life Undercover: Coming of Age in the CIA described her experiences as an officer. Prior to the book’s release, numerous journalists and former CIA officers pointed out that her memoir’s manuscript had been submitted to publisher Knopf Doubleday without first receiving approval from the CIA’s Publication Review Board, a potential violation of nondisclosure agreements signed by CIA staff.

Fox was represented in that process by Attorney Mark Zaid. Some former CIA case officers have expressed skepticism about elements of Fox’s accounts of events or raised questions regarding the circumvention of the CIA’s lengthy approval process.

Fox responded by stating that she had taken care not to reveal potentially sensitive details, and that some characters were composites.

Fox started working at the CIA in 2002 at the age of 21 and left eight years later. In her book, among other things, she reveals how she negotiated with arms dealers to buy biological and chemical weapons on the global black market.

Fox explains how such rendezvous were set up in her book:

He [instructor] gives one [gift card] to each of his assets and tells them, ‘If you need to see me, just buy a coffee.’

Then he checks the card numbers on a cybercafé computer each day, and if the balance on one is depleted, he knows he’s got a meeting…

It] saves him having to drive past a whole slew of different physical signal sites each day… and the card numbers aren’t tied to identities, so the whole thing is pretty secure,” the former CIA agent writes.

According to a top secret cable, the CIA is worried about its agents being captured and killed in the dozens overseas. The warning notes spies have been tracked in countries such as Iran and China and turned into double agents.

It has been reported that a member of the CIA Chief’s team suffered Havana Syndrome symptoms during their trip to India.

Some US officials have interpreted the new Havana-syndrome incident as a direct message to the CIA chief that no one is safe, including the people from his entourage.

Recently, the Russian and Belarusian intelligence have officially revealed how they foiled CIA backed color revolution and an attempted military coup to topple the Belarusian government as well as the assassination of the President of Belarus, Alexander Lukashenko himself.

It was Lukashenko who last year exposed how the World Bank forced sovereign governments to impose strict lockdowns for coronavirus aid.