Former Mossad chief: End is near for ‘fearmonger’ Netanyahu’s govt 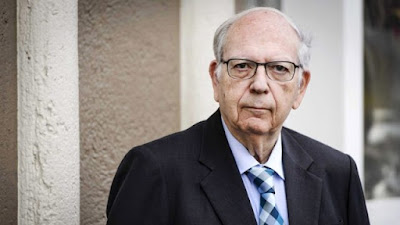 “The old man speaketh” – Now we will see who is listening

[ Editor’s Note: Old men will often speak the truth as they near the end of their lives, and get more sick of the lies they see all around them, including those in which they might have participated in their working career. But the closer one gets to the grave, the more clearly the mind can begin to focus on one’s legacy.

Efraim Halevy is not the first high ranking military or intelligence official to be critical of Israeli policy. Strangely, Israelis will do this in situations where their American counterparts would wet their pants at the thought of it, not wanting to be blackballed from the good retirement that is waiting for them as a member of the friends of Israel crowd.

But with his statement today, predicting the downfall of Bibi the Bombastic, Halevy has raised the political policy criticism bar to a new level. We will now watch to see who stands with him, or if we will see what usually happens here in the US for any criticism of Israel… friends and associates step back from you to not catch any “guilt by association” flack… Jim W. Dean ] 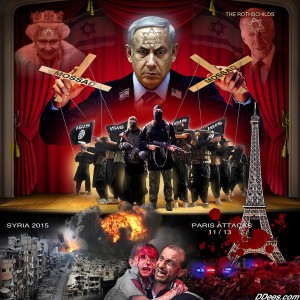 Israeli PM Benjamin Netanyahu’s rule is based on “fear” and his days in the office are numbered after he appointed controversial right-wing politician Avigdor Lieberman as defense minister, former Mossad director Efraim Halevy told Al Jazeera.

“I think he is a fearmonger. I think he uses fear in a way which one should not use,” said Halevy, who was director of Mossad, Israel’s national intelligence agency, from 1998 to 2002.

Halevy particularly cited the conduct of IDF soldiers when referring to fearmongering and Jewish extremism, citing the March incident with an officer in Hebron who shot dead a subdued Palestinian attacker.

“There are certain rules of the game in terms of combat – what you do when an enemy has been shot, has been neutralized, he can no longer fight, but he is still alive. Are you able to execute him as apparently was carried out in a certain case?” Halevy said.

Such episodes of unprovoked violence suggest the revaluation of basic principles in Israeli society is underway and very troublesome, he said.

“I think nobody should vote out of fear,” Halevy said, adding that the appointment of Lieberman signaled the “beginning of the countdown to the end of the administration of Mr. Netanyahu.”

The former Mossad boss also served under Netanyahu, who, in turn, has been the second-longest serving head of government in Israeli history. Halevy believes that while the Likud leader is in power, a two-state solution to the Israeli-Palestinian conflict is out of the question.

The most favorable outcome of the decade-long confrontation, Halevy said, is to let Hamas govern in Gaza, which is “the best situation for Israel.” All combat troops stationed near the Gaza border take the same stand along with some senior military officials, Halevy said.

Commenting on allegations that Israel provides medical assistance to Al-Nusra Front militants, an Al-Qaeda affiliate and one of the jihadist groups not part of the US-Russia brokered ceasefire in Syria, Halevy said that “it’s always useful […] to deal with your enemies in a humane way.”

Confronted by the anchor with a question about if the Hezbollah militia, viewed by Israel as a terrorist organization, should be treated the same way, the former intelligence chief denied such a possibility on the grounds that Israel had suffered serious losses in a military confrontation with Hezbollah but was “not specifically targeted by Al-Qaeda.”

Last week human rights group B’Tselem blasted the Israeli government for its unwillingness to properly investigate the abuse of Palestinians by IDF soldiers. The group, which worked as a“subcontractor” for Israeli military policy investigation unit for 25 years, accused it of a lack of transparency. B’Tselem said it would no longer cooperate with the military law enforcement authorities.

“Cooperation with the military investigation and enforcement system has not achieved justice, instead lending legitimacy to the occupation regime and aiding to whitewash it,” the organization said in a statement.

Obama and Bibi: YES YOU CAN End the Occupation