Hyderabad delivers its verdict: Save KBR Park at any cost 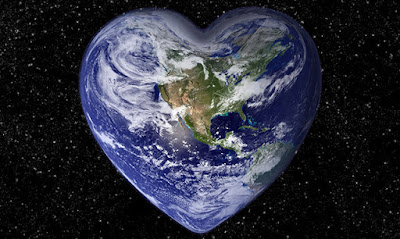 Once again, Hyderabad came together on Saturday evening to save its most treasured 'green' possession ­ the Kasu Brahmananda Reddy National Park. In an overwhelming response to The Times of India's `Janata Darbar' ­ organized to give citizens of mana sheher an opportunity to speak about the need to protect the city's fast diminishing green spaces ­ scores of Hyderabadis including environmentalists, academics, urban planners, fitness experts, artistes, walkers runners and students gathered outside the park to express their solidarity with the raging `Save KBR' movement. Expressing extreme distress over the Telangana government's decision to axe over 3,000 trees li ning the park's periphery to make way for the multi-crore Strategic Road Development Plan (SRDP), the crowds, in unison, demanded that the authorities pay more attention to conserving what is left of Hyderabad's `heritage' ­ including the expansive 390-acre park ­ and not destroy its character, in the name of development.

“First the government wanted to destroy the Osmania General Hospital and now it's targeted the KBR Park. What right does the government have to pull down heritage structures and destroy our natural heritage“ questioned Sarah Mathews, a social activist rejecting outright the proposed road project.

Ditto, urban geographer Anant Maringanti who appealed to government to not try and solve problems by creating new ones. “ Also, how will Hyderabad be called a world class city if it is going to be washed out because of unsustainable city planning,“ he asked the `designers' of the SRDP . If the speakers minced no words to demand from the government what's truly theirs (read: the KBR Park), the artistes participating in the event made sure their voices too were heard, albeit through their works of art.

`Save Trees, Save the Earth' ­ was the message sent out loud and clear by theatre group Nishumbita through its gripping street play titled `Humein Jeene Do'. The moral of its story was simple ­ protect the environment or be ready to die! Stand-up comedian Avinash Agarwal's short act ­ predictably loaded with dollops of wit and sarcasm ­ too made the same point.“Show me one person who can live without oxygen and I will personally chop these trees,“ the young Hyderabadi said, driving home a simple yet significant thought.

The aam janata, with out a doubt, couldn't agree more.

“If they (government officials) are tough, we are tougher,“ said an emotionally charged Vijay Jargal, a runner at KBR Park, promising to fight till the end to protect the last piece of open space remaining in the city.

Taking a similar vow, another regular to the park, Ammulu Katragadda said: “This is my second home. Apart from the fresh air that this park provides me and many others like me, it also, almost instantaneously, takes away all traces of depression, stress and anxiety. I can't imagine a life in this city without this piece of greenery.“

Standing shoulder to shoulder with the rest, Harsha Maheshwari and Bobby Veera's teams too pledged to stand like a wall before the KBR Park ­ the lush green garden that on Saturday acted as the backdrop of their high-energy flash mob performances.Why they were there and not at a happening social do, wasn't tough to guess!