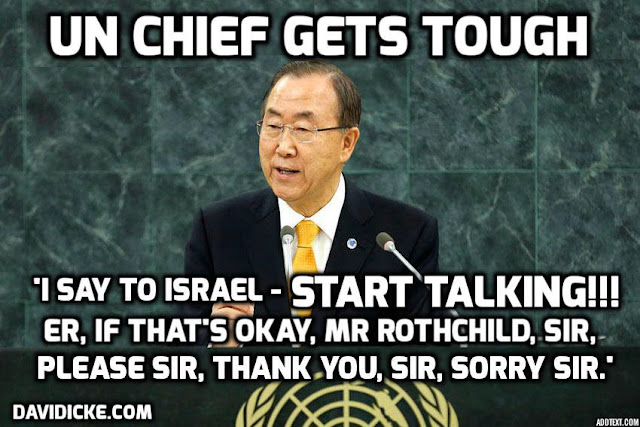 United Nations Secretary General Ban Ki-moon has condemned the Israeli blockade on the Gaza Strip, saying the siege inflicts pain on people and damages the economy of the Palestinian coastal enclave.

Ban made the criticism on Tuesday during his trip to Gaza in a press conference at the al-Zaytoun school run by the UN Relief and Works Agency for Palestine Refugees in the Near East (UNRWA).

Tel Aviv’s blockade of Gaza “suffocates its people, stifles its economy, and impedes construction,” he said, warning that the siege fuels tensions between the Palestinians and Israelis.

The UN chief further highlighted the UN support for the people of Gaza, saying that the world body “will always be with you.”

The Gaza Strip has been under an Israeli siege since June 2007. The blockade has caused a decline in the standards of living as well as unprecedented levels of unemployment and unrelenting poverty.

Meanwhile, UNRWA Commissioner-General Pierre Krahenbuhl, who accompanied Ban in his trip to Gaza, stressed that the visit “comes at a time of deep despair in Gaza,” calling on the world community “to pay far more attention” to the situation in the blockaded coastal sliver.

The pair are expected to visit a UN-run center for reconstruction works in the Gaza Strip.

Ban is also scheduled to speak at a news conference in the Tel al-Hawa neighborhood of Gaza City and meet with Palestinian President Mahmoud Abbas in the West bank city of Ramallah. 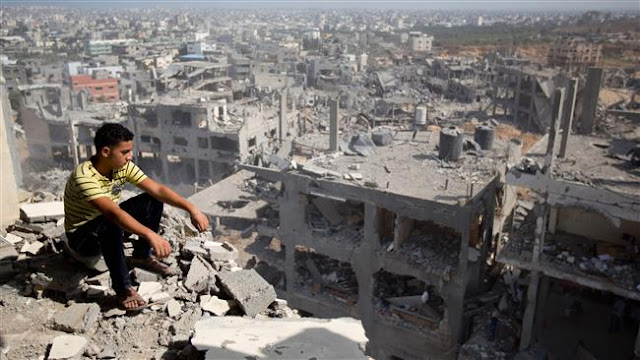 The file photo shows a Palestinian man looking out over destruction caused by the 2014 Israeli offensive in part of Gaza City's al-Tufah neighborhood. ©AFP

Israel has waged three wars on Gaza since 2008, including the 2014 offensive, which left more than 2,200 Palestinians dead and over 11,100 others injured.

Ban had visited the Gaza Strip in late 2014 in the wake of the deadly Israeli onslaught.

In a relevant development on Tuesday, a senior official of the resistance movement of Hamas and deputy speaker of the Palestinian parliament released a statement, urging Ban and the UN to “work seriously” towards ending the decade-long siege imposed on Gaza.

Ahmad Bahar criticized Ban's visit as “part of the ongoing efforts to resume negotiations to reach a compromise that serves occupation and to contain the Al-Aqsa Intifada.”

The UN has “remained silent towards the Gaza siege crime for ten years” by trying to “treat the victim and the executioner evenly,” he added.

The occupied territories have also witnessed heightened tensions since August 2015, when Israel imposed restrictions on the entry of Palestinian worshipers into the al-Aqsa Mosque compound in East al-Quds (Jerusalem) in an alleged bid to change the status quo of the holy Muslim site.

Nearly 220 Palestinians have lost their lives at the hands of Israeli forces in what is regarded as the third Palestinian Intifada (uprising) since the beginning of last October.