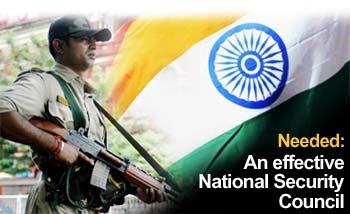 The fourth generation warfare is more about being prepared to tackle internal security challenges by the police than facing external aggression by the Army , said Ajit Doval, national security adviser.

He was speaking at the Dikshant Parade of the 67th batch of IPS officer trainees held at the Sardar Vallabhbhai Patel National Police Academy (SVPNPA) in Hyderabad on Saturday .

Addressing the 156 IPS officer trainees passing out from the SVPNPA after completing 46 weeks of phase-1 training, Doval pointed out how warfare tactics have changed post World War with more emphasis now being laid on management of internal security conflicts than external threats. “Post the World War period, 37 countries have either failed or degraded. Out of these, external aggression resulted in the downfall of only nine countries while the remaining 28 countries failed because they could not manage internal conflicts. East Pakistan, USSR and East Timor are such examples,“ he explained.

While maintaining that the futuristic fourth generation warfare is a war to be fought by policemen, Doval said that they would have to fight against an “invisible enemy“ and their “battleground would be the civil society“.

“This war will be difficult as they (policemen) will have to protect the people too. If you are not able to manage internal security , everything goes.If you win, the country wins and if you lose, the country loses,“ he said, while urging the IPS trainee officers to master technology as the fourth generation warfare would need them to tackle issues like cyber security threats and banking frauds. For handling life outside the academy , he advised the officers to let them be guided by Lord Buddha's last saying, `Aatma Deepobhava', which means, 'be your own light'.

In her welcome address, Aruna Bahuguna, director of SVPNPA, said the IPS officer trainees have been groomed in three broad areas: integration of theory and practice like jungle warfare, security during polls; sensitization of the police towards issues like sexual harassment of women, communal harmony and broader exposure to law enforcement.

What you do affects the whole world

“Human beings do not exist in isolation, all are interconnected. What you do affects the whole world,“ she said quoting the concept of Ubuntu, an old African philosophy , to drive home the point that officer trainees should view themselves “as citizens of the world“ and contribute their mite to the maintenance of peace and justice.