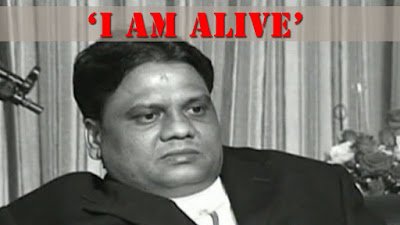 NEW DELHI: The cat and mouse game that Chhota Rajan and D Company were playing with each other for 22 years reached its climax in Bali. The story though is a bit different from the one officially known so far. Highly reliable sources told TOI, that Chhota Rajan was on the verge of eliminating Dawood Ibrahim before the tables were spectacularly turned on him. And that too in a manner, where Rajan found when he landed in Bali recently that he had just two choices available to him — either be killed by Dawood's hitmen who lay in wait outside the airport, or give himself up to the authorities.

The don's capture story begins like this. Chhota Rajan, while settled in Australia under the identity of Mohan Kumar and running his criminal network in South East Asia from there, managed to persuade some members of D Company to eliminate Dawood Ibrahim in Pakistan itself. The source said that he recently managed to pull some of Chhota Shakeel's men to his side and a plan was being finalized for the assassination of the 1993 Mumbai serial-blast mastermind.

"The plan was to get Dawood killed through one of his bodyguards, who was being convinced by few persons in the D Company ring. Rajan's network had even taken into confidence some of Shakeel's men to initiate a hit on Dawood," said the source, who shared these details on condition of anonymity.

However, Pakistan's intelligence agency ISI somehow came to know about Rajan's plan and subsequently, the message was passed on to the protected don in Karachi.

The source added that Dawood Ibrahim reportedly called Chhota Shakeel, his most trusted aide, and asked him to find Rajan and kill him. Meanwhile, ISI also beefed up Dawood's security. It should be noted here that Shakeel had already made an attempt to get rid of Rajan in Australia earlier this year.

While Rajan, whose residency was getting over in Australia on October 31, 2015, was applying for the renewal, Dawood's syndicate found that Rajan was travelling to Bali at the end of October. "One of Shakeel's men in Australia got to know about Rajan's passport in the name of Mohan Kumar and that he had applied for visa to Bali and was travelling on October 25 from Sydney. Immediately, D Company boss was tipped off in Karachi," said the official.

The source said that Dawood and Shakeel then deployed their hitmen outside Bali airport and in other areas in Indonesia to eliminate Rajan as soon as he came out of the airport. Dawood's men had earlier tried to kill Rajan in Bangkok in 2000 but he had managed to escape then.

Interestingly, Rajan's luck held out again. His trusted aides in Bali where he also has a strong network came to know that Dawood's assassins were waiting for him outside Bali airport. As soon as he landed in Bali airport on October 25, he decided to give himself up and reportedly told his real name to the Indonesian cops.

"He couldn't have gone back to Australia as his residency was getting over there and he didn't have visa of any other country," said the official.

So, he told the Bali cops that his name was Rajendra Sadashiv Nikalje and he had an Interpol red corner notice against him.

He was immediately taken into custody by Bali police.

The government, however, claimed that Rajan was caught under a well hatched plan which had been put together over the past six months. Government officials claim that CBI did a review of all the Indian fugitives in a high-level meeting with Interpol about six months back. The Interpol Delhi (CBI) and intelligence agencies learnt that Rajan was living in Australia under the identity of Mohan Kumar.

This passport in the name of Mohan Kumar, G9273860 - at the address 107 B, Old MC Road, Azad Nagar, Mandya in Karnataka, was procured by him in Harare (Zimbabwe) in 2003. He had been booked along with unknown government officials under the prevention of corruption act apart from criminal conspiracy, cheating, forgery and sections of passport act, for allegedly obtaining a fake passport in the name of Mohan Kumar in 2003.

Rajan allegedly used the passport to escape to Australia in 2003 where he was residing since then, controlling operations of his gang spread out across the South East Asian region. "He reached Australia on September 22, 2003 on the strength of the said passport and tourist visa and fraudulently obtained several different visas since then and continued to stay there till October 25, 2015," said CBI spokesperson Devpreet Singh,.

The government claimed it was tracking all four destinations and even his fingerprints were matched in Australia secretly.

"As soon as his travel plans were known, Interpol Australia and Interpol India informed Indonesian authorities and he was caught," the officials said.