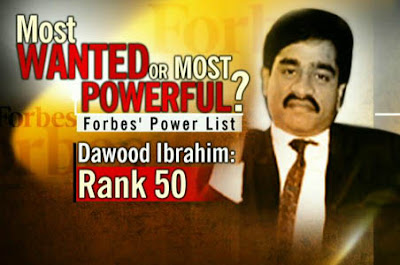 Two attempts that the Research and Analysis Wing (RAW) made on Dawood’s life in 1994. Though the killing mission had been worked to the minutest detail, they were aborted at last minute as the highest police authorities balked at it.

The first plan was to send a team of highly-trained assassins to Karachi where Dawood lives in a palatial house in upmarket Clifton area close to the beach. A team of four assassins was provided extensive training in the use of sophisticated arms and explosives and also briefed about the geography of the Clifton neighbourhood . A getaway plan was also worked out.

The government gave preliminary approval for the plan following which the hit squad was flown to Kathmandu, given fake Nepalese passports and dispatched to Karachi. The arms and ammunition were sent across to a safe house in Karachi by using the route used by smugglers. The area was closely recced. Even as the assassins, who were all hardcore members of the Chhota Rajan gang, were making last-minute preparations to go for the kill, the central government, led by the then Prime Minister P V Narasimha Rao, asked that the plan be put on hold.

“We had confirmation that Dawood was in his house at that time. We even had details of the layout of his plush house and its vulnerable points. We were completely taken aback when the Centre asked us to pull out and that too at the last moment. We had a zero-failure plan in place and we would have definitely eliminated Dawood. Till today, it is a mystery why the final approval was not given to us,’’ a senior intelligence official observed.

One of the hitmen was later involved in the gunning down of a close aide of Dawood, Sharad Shetty, in Sharjah in January, 2003. RAW had even worked out another plan to force the landing of the aircraft carrying Dawood in Mumbai.

Sleuths of R&AW had been keeping a close watch on the movements of Dawood. He used to fly to Jeddah, Singapore and other destinations in a special aircraft accompanied by his handlers in the Inter-Services Intelligence (ISI) of Pakistan. “We planned to send Indian Air Force jets to escort Dawood’s aircraft once it left Pakistani airspace and then force it to land in Mumbai. This was riskier than the earlier plan, but we were confident of pulling it through. However, once again the government developed cold feet,” the official stated.

Sources in the Mumbai police said it was a matter of shame that a criminal living in Pakistan was able to conduct his illegal operations in India with impunity and nothing was being done by the government to neutralise him. “The government is even afraid to hand over to us the dozen properties of Dawood in Mumbai which were seized by the income tax department.

Twice these properties were auctioned, but there were hardly any takers because of threats from the D gang. Only one shop at Tardeo was successfully bid by a Delhi-based lawyer a few years ago. But to date he has not got physical possession of this property because of threats to his life from the gang. If the government is so much scared of Dawood, then how do you expect us to move proactively against him,” a crime branch official on deputation to the Intelligence Bureau asked.

The Mumbai police had collected massive evidence of the collusion of a Pune-based gutkha businessman with Dawood and his brother Anees, who is also based in Karachi. Despite this, the Mumbai police is not being given a free hand to arrest this businessman. The police have evidence of how this businessman travelled to Dubai on a regular Indian passport and from there went to Karachi on a forged Pakistani passport and used his contacts with Dawood and Anees to threaten a rival gutkha manufacturer.

Even now, a close relative of Dawood based in Bhendi Bazar is holding darbars doing “mandvalis” or settlement of disputes between builders and other businessmen. 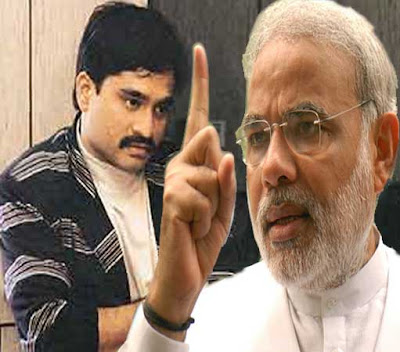 During his election campaign, Modi had given a statement saying that he will bring Dawood Ibrahim from Pakistan to India, if he is voted to power.
Posted by SATHYA at Friday, October 23, 2015