War is Declared After Priory of Sion Fails to Respond

War has been declared against the Priory of Satan after they refused to agree to a campaign to save the planet, White Dragon Society sources say.  However, a decision has been made to decline the Gnostic Illuminati’s offer to hit Lake Geneva, Nato Headquarters, and Jerusalem with 4th generation hydrogen nuclear weapons that don’t cause long-term radioactive pollution.

Instead, Special Forces will be making pinpoint attacks to eliminate key individuals and institutions involved in the ongoing fake pandemic and related war crimes.

MI6 sources say an underground base in Switzerland has already been attacked and taken out of commission.

This attack led to an emergency meeting being held at the Vatican, according to P3 Freemason sources.  The meeting was called by the Rockefeller Foundation and meeting attendance revealed exactly who they still control.  The answer is the World Bank, the IMF, the African Union (but not individual African states), Argentina, France, Germany, Italy, and Spain.

Furthermore, the attack forced the Satanic World Economic Forum to cancel a special annual meeting it had planned for Singapore in August.

An emergency meeting held at the Vatican has also alerted the P3 to the fact that Pope Francis has been killed and replaced by an actor wearing a rubber mask who is openly calling for every single human being on earth to be killed with vaccinations.

Nobel Prize-winning virologist Dr. Luc Montagnier said last week “there is no hope and no possible treatment for those who have already been vaccinated,” after seeing the ingredients of the Covid gene treatments being used.  What is happening basically is that the Khazarian Mafia is trying to murder its hostage slave peoples rather than give up power.

P3 Freemason sources say “the Vatican secret service knows everything, revenge is on, starting with… 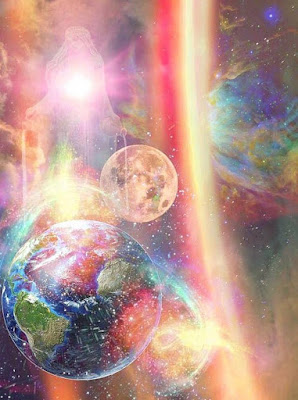 Urgent Message to the Surface PopulationMay 23, 2021

The Light Forces are in the middle of the main offensive of clearing Chimera underground bases.

Since 1996, the Chimera has captured many Pleiadians and Resistance members, took them underground, and as their last line of defense, the Chimera are now using those hostages in dark sacrifice rituals, then capturing their soul essence and forcing them to incarnate again in another cloned body which is captured as a hostage in a Chimera base, repeating the process. This creates an immense amount of suffering and thus generated loosh is then gathered and projected with scalar technology towards the surface population.

This is a very difficult time for the Resistance forces and for the Pleiadian fleet, and they need assistance from the surface population.

They are asking for as many lightworkers as possible, to meditate as often and whenever they feel guided, for this situation to be resolved as quickly and as painlessly as possible.

1. Use your own technique to bring you to a relaxed state of consciousness

2. State your intent to assist in liberation of all hostages from underground bases

3. Invoke the Violet Flame from its primary source to place a circle of protection around you during and after the meditation. Ask it to transmute anything that does not serve the Light.

4. Visualize a pillar of pink Light, emanating from the Galactic Central Sun and then descending down through your body and deep into the center of the Earth.

6. Ask the Goddess presence (the divine feminine) to direct energies of healing to all rescued hostages so that their traumas are completely healed. Let these energies then flow onwards and expand to the surface of the planet so they can heal all other situations worldwide. Allow these energies to continue to flow through your heart and then through your hands into these situations for a few minutes.