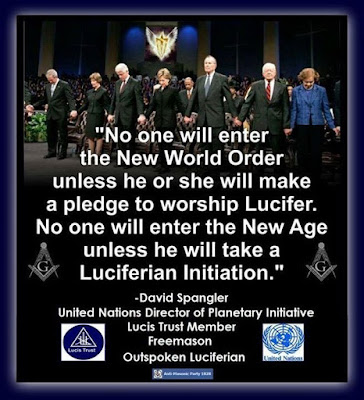 A diabolical centuries-old plan to enslave humanity and control the world is nearing fruition.

People are being inducted into the Illuminati cult.

Satanic cults exploit and control their members by corrupting them physically and morally.

The covid-scam is characterized by cult-like behavior: the insistence on blind unquestioning adherence to mindless nonsense on pain of ostracism and worse.

The mask signals subservience. The vaccine is the digital-biological interface.

We have been complacent. We have allowed Satanists to subvert every social institution.

Inevitably, the cult will go after people who refuse to join. (It's what satanic cults do.)

We can no longer afford continued complacence.We need to prepare resistance. What form should this take?

Are you willing to resist enslavement? Or Are you prepared to bow down to Lucifer?

"Yet the individual is handicapped by coming face to face with a [Communist] conspiracy so monstrous he cannot believe it exists. The American mind simply has not come to a realization of the evil which has been introduced into our midst. It rejects even the assumption that human creatures could espouse a philosophy which must ultimately destroy all that is good and decent." J. Edgar Hoover, The Elks Magazine (August 1956).

Humanity is being inducted into a satanic cult, Cabalism (Illuminism, Freemasonry, Communism.)

Satanic cults exploit and control their members by corrupting and making them sick. Members are essentially slaves.

Clearly, vaccination is the criteria for entry into this cult, and participation in Luciferian society, i.e. the NWO.

On March 10, CNN medical analyst Dr Leana Wen was concerned that millions of Americans would reject the experimental Covid-19 vaccines, especially as businesses are reopening. She told anchor Chris Cuomo that "we have a very narrow window to tie reopening policy to vaccination status. Otherwise, if everything is reopened, what's the carrot going to be? How are we going to incentivize people to actually get the vaccine?"

Clearly the pressure to vaccinate everyone is driven neither by profit nor health. Covid is merely a pretext to reorganize society along the lines desired by the satanist central bankers. Undoubtedly this involves depopulation. 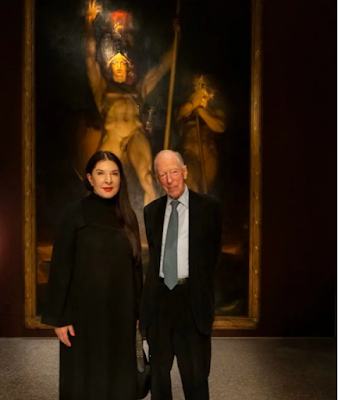 The White House has denied that vaccine passports will be necessary but already sports venues, casinos and universities are requiring them. Digital passports are on their way. With panic surrounding new phoney "variants," or if Bill Gates releases a more lethal virus, pressure to be vaccinated will become unbearable.

The unvaccinated will be pariahs subject to persecution.

On April 1, LA Times Columnist Harry Litman tweeted: "Vaccine passports are a good idea. Among other things, it will single out the still large contingent of people who refuse vaccines, who will be foreclosed from doing a lot of things their peers can do. That should help break the resistance down." He got 21,000 "likes."

They are already treating adverse reactions as masochist tests of devotion. Satanism is a Death Wish. "The family of a British lawyer who died of a blood clot after an AstraZeneca COVID-19 jab has insisted he was "just extraordinarily unlucky" -- and wants people to keep getting the vaccine."

As David Spangler said, "No one will enter the New World Order unless he take a Luciferian initiation."

The COVID vaccine is that initiation.

The conflict boils down to accepting or resisting enslavement.

Got Your Vax Passport Yet?

KNOCK KNOCK: Detroit will send government workers door-to-door to pressure residents to get vaccinated... what could go wrong?

We're Satanically Possessed by Cabalists
Posted by SATHYA at Monday, May 17, 2021