These events cover the spectrum from mild transient effects to death.

VAERS has always has multiple problems.

One: Doctors aren’t required by law to report adverse effects. Many of them wouldn’t risk blowback by doing so.

Two: There is no comprehensive effort to determine whether an adverse effect is actually caused by a vaccine.

Three: Patients can make adverse-effect reports—but are often hesitant to do so.

Four: By far the biggest problem is: most Americans aren’t even aware that VAERS exists.

Therefore, on balance, UNDER-REPORTING adverse effects is the primary defect of VAERS.

Many efforts have been made to estimate the degree of under-reporting. These estimates state the VAERS numbers should be multiplied by 10, all the way to 100, to obtain an accurate picture of adverse effects. 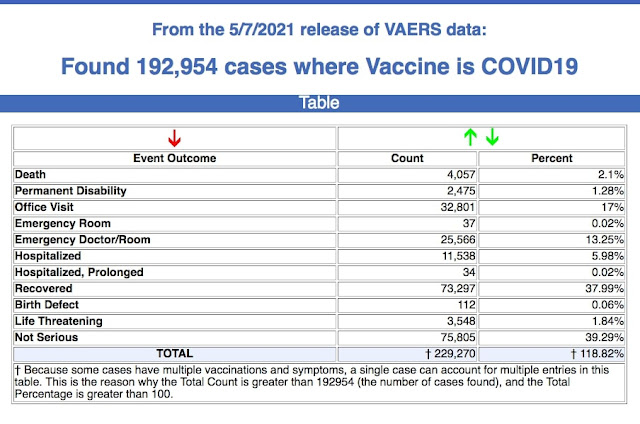 Yet, public officials and news outlets continue to repeat the mantra, “safe and effective,” and urge everyone to take the shot.

Every person who receives the vaccine is supposed to be informed of the risks beforehand. I assure you NO ONE is being given these adverse effect numbers, plus the advice to multiply the numbers by 10 or 100.

Lack of informed consent runs contrary to every medical code.

I can also assure you the FDA, which is considering whether to give full approval to the current COVID vaccines, isn’t multiplying the adverse-effect numbers by 10 or 100.

Here is something else to consider. Even multiplying the VAERS numbers by 100 may not be sufficient, because the RNA COVID shots are employing a new technology which a) has never been used on the public before and b) isn’t a vaccine at all; it’s a genetic treatment.

As I’ve shown in recent articles, the entire field of genetic research is riddled with lies, pretense, and unpredictable ripple-effect consequences. The notion of inserting a single genetic change into a person and limiting its effects to an announced goal is a fiction. Unexpected changes occur. And their negative disruptive effects, long-term, are unknown.

Those effects will never be listed in any database.

The pandemic virus that doesn’t exist

It's been dismissed and ridiculed by the mainstream media as a conspiracy theory for over a year, yet we're now seeing government officials give it serious thought - and Fauci is in the hot seat for publicly dismissing it.

The documents describe SARS coronaviruses as heralding a “new era of genetic weapons” and said they can be "artificially manipulated into an emerging human - disease virus, then weaponised and unleashed in a way never seen before".

The Chinese-language paper is called 'The Unnatural Origin of SARS and New Species of Man-Made Viruses as Genetic Bioweapons'.

“The document also talks about the psychological terror that bioweapons can cause, it's chilling,” Ms Markson said.

“To be clear ... while intelligence agencies suspect, and they've been investigating this since early last year, that COVID-19 may be the result of an accidental leak from a Wuhan lab, there is no suggestion it was an intentional release.

“The significance of this paper is that it offers a rare insight into how senior scientists at one of the PLA's most prominent military universities, where high levels of defence research were conducted, were thinking about biological research.” 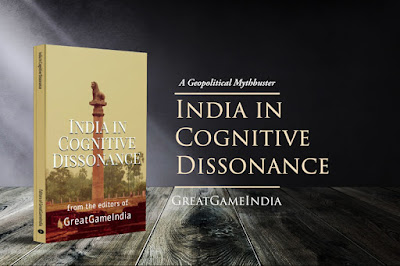 READ MORE The exclusive investigation Coronavirus Bioweapon – on how China smuggled Coronavirus from a Canadian lab and weaponized it in Wuhan’s P4 lab. The findings of this investigation has been corroborated by none other than the Bioweapons expert Dr. Francis Boyle who drafted the Biological Weapons Convention Act followed by many nations. The report has caused a major international controversy and is suppressed actively by a section of mainstream media. Meanwhile, the reporter who attacked our story has been fired for plagiarism.