Why Each One of Us Gives So Much Importance to Separateness? 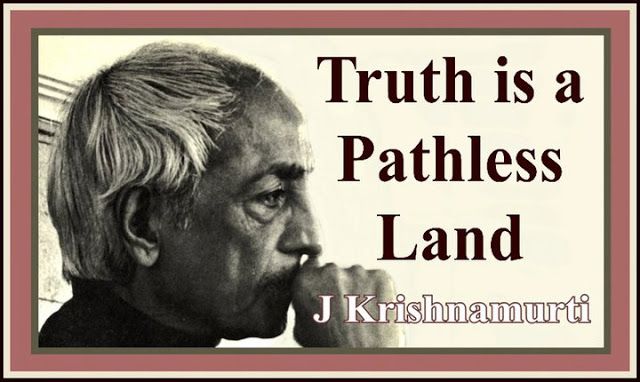 The problem is not how to get rid of separateness, but why each one of us gives so much importance to it.

"We may study history and translate historical facts according to our prejudices, but to be certain of the future is to be in illusion. Human beings are not the result of one influence only, they are vastly complex; and to emphasize one influence while minimizing others is to breed an imbalance which will lead to yet greater chaos and misery. Human beings are a total process. The totality must be understood and not merely a part, however temporarily important this part may be. The sacrificing of the present for the future is the insanity of those who are power-mad, and power is evil. These take to themselves the right of human direction; they are the new priests.

Means and end are not separate, they are a joint phenomenon; the means create the end. Through violence there can never be peace; a police state cannot produce a peaceful citizen; through compulsion, freedom cannot be achieved. A classless society cannot be established if the party is all-powerful, it can never be the outcome of dictatorship. All this is obvious.

The separateness of the individual is not destroyed through his identification with the collective or with an ideology. Substitution does not do away with the problem of separateness, nor can it be suppressed. Substitution and suppression may work for the time being, but separateness will erupt again more violently. Fear may temporarily push it into the background, but the problem is still there.

The problem is not how to get rid of separateness, but why each one of us gives so much importance to it. The very people who desire to establish a classless society are by their acts of power and authority breeding division. You are separate from me, and I from another, and that is a fact; but why do we give importance to this feeling of separateness, with all its mischievous results? Though there is a great similarity between us all, yet we are dissimilar; and this dissimilarity gives each one the sense of importance in being separate: the separate family, name, property, and the feeling of being a separate entity. This separateness, this sense of individuality has caused enormous harm, and hence the desire for collective work and action, the sacrificing of the individual to the whole, and so on. Organized religions have tried to submit the will of the particular to that of the whole; and now the party, which assumes the role of the State, is doing its best to submerge the individual.

Why is it that we cling to the feeling of separateness? Our sensations are separate and we live by sensations; we are sensations. Deprive us of sensations, pleasurable or painful, and we are not. Sensations are important to us, and they are identified with separateness. Private life and life as the citizen have different sensations at different levels, and when they clash there is conflict.

But sensations are always at war with each other, whether in private life or in that of the citizen. Conflict is inherent in sensation. As long as I want to be powerful or humble, there must be conflicts of sensation, which bring about private and social misery. The constant desire to be more or to be less gives rise to the feeling of individuality and its separateness.

If we can remain with this fact without condemning or justifying it, we will discover that sensations do not make up our whole life. Then the mind as memory, which is sensation, becomes calm, no longer torn by its own conflicts; and only then, when the mind is silent and tranquil, is there a possibility of loving without the "me" and the "mine." Without this love, collective action is merely compulsion, breeding antagonism and fear, from which arise private and social conflicts."