Clones and lifeboats what they are, categories, why they exist and how they are made 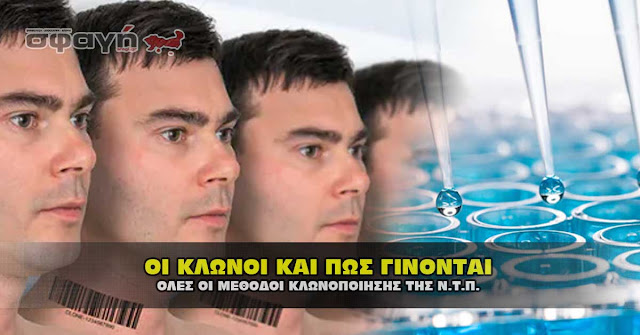 [The programs for all four of these methods had almost unlimited funding from the information elite / Illuminati.]

The basic principles for creating a synthetic man were then covered. Synthetic humans have somehow been found to be superior to the robotics created. The early years of robotics were full of problems. Synthetics were people who had changed their genes to look more like a person they had to copy.

Robotoids were the formation of new human-like creatures but are actually bionic robots. Their memories were created using live “brain tissue” which is a kind of programmable biological material and programming this material as an advanced computer.

In order to obtain the memory of the person being copied, a holographic image of the person’s brain is taken and transferred to the robotoid. Because the robot does not work like a human (although the end result is almost identical, so that viewers know what differences to look for), there are of course some adjustments that need to be made after the holographic image of the host is transferred to the living biological material. which will act as the brain of the robot.

The ability of Illuminati to copy individuals using the 4 methods mentioned above is not a determining factor in their plans to control the world, but it gives them great flexibility in their operation.

So, we must keep the following in mind:

“Never, ever think of what you see, what you think you see.”

Cloning, robotics, synthethic people, what is it, where are they made, why can’t we see them? With gratitude for our Greek authors, this article appeared first in the Greek language, and is provided with link of below translation by Google and slighty edited for readability, click link title for article.

Clones and synthetic body doubles what they are, categories, why they exist and how they are made.