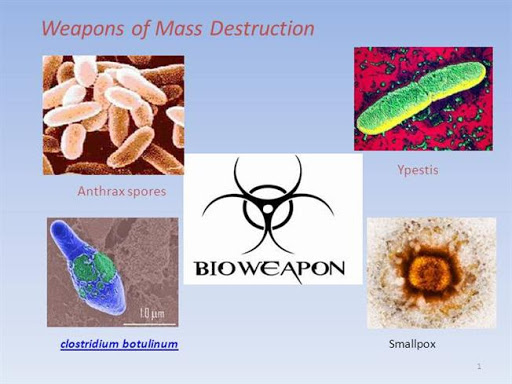 (NaturalHealth365) While the COVID pandemic isn’t owning the headlines quite as forcefully as it was in the first half of the year, it’s still a major issue on many people’s minds. But just when some of us felt a lull in the media’s fear-mongering campaign, we’re now hearing reports of yet another newly discovered flu virus that is able to jump from animals to humans – the same route of transmission we saw with SARS-CoV-2, the virus that causes COVID-19.

According to the BBC, breaking news suggests that the new flu virus emerging in pigs has the potential to launch yet another pandemic in the near future. The big question is how the public will respond to this latest global health concern.

What should we do with this latest flu virus concern?

On June 29, 2020, the Proceedings of the National Academy of Sciences published an article written by a team of researchers from Beijing, China. The paper announced that a new “Eurasian avian-like H1N1 swine influenza virus with 2009 pandemic viral genes” has been identified in pigs. In other words, the virus is similar to the one which caused the 2009 swine flu epidemic, but has some genetic differences.

Pigs, the researchers note, “are are considered as important hosts or ‘mixing vessels’ for the generation of pandemic influenza viruses.” It’s a sad statement that brings to mind the kind of animal cruelty practices observed in the now-infamous wet markets throughout Asia.

This virus, which the Chinese researchers refer to as G4 EA H1N1, can and indeed has already appeared to infect humans. After analyzing the blood work of 338 swine workers who have “occupational exposure”, the scientists determined that 10.4 percent of them tested positive for it. Workers aged 18 to 35 had the highest infection rate, with 9 out of 44 of them from the sample testing positive.

As the BBC notes, the researchers are worried this virus could continue to mutate in such a way that it could spread easily from person to person and lead to a new global outbreak. At this time, officials say that the newly discovered H1N1 virus is not of immediate concern, but that it exhibits classic indicators of being highly adaptable and therefore will need to be closely monitored.

Do NOT ignore the health dangers linked to toxic indoor air. These chemicals - the 'off-gassing' of paints, mattresses, carpets and other home/office building materials - increase your risk of headaches, dementia, heart disease and cancer.

As possibility of future pandemics loom, many feel there is more to be concerned about than just newly emerging viruses – including control hungry global leaders and public health officials

Positive reinforcement 101: if you get rewarded for doing something, you’re more likely to do it again.

The “reward” in this case, at least for government officials, is mass control over the public, fueled by hysteria and the idea that you can “shame” people into complying with your demands to wear masks, close down your businesses, and get vaccinated – because if you don’t, you’re “selfish” and putting innocent lives at risk, right?

We say this tongue and cheek, of course. But we certainly will be a bit more hypervigilant and closely watching as this news story develops over the coming weeks, and will be looking out to see if and how public health officials use this as another opportunity to implement heavy-handed control measures.

Sources for this article include:
BBC.com
BGR.com
PNAS.org
Posted by SATHYA at Monday, July 13, 2020