Could the Toyota Mirai be just a glimpse of things to come?

New Delhi – On 30th March, Nitin Gadkari, Union Minister of Road Transport and Highways of India arrived at Parliament in a hydrogen-powered car, named ‘Mirai’. ‘Mirai’ means future. The Union Minister said that this car will be soon launched in India and there will be a great revolution in the country. This will reduce imports and our dream of a ‘self-sufficient’ nation will surely become true. We have introduced hydrogen produced from water to become Self-sufficient. This car is an experiment. Now the production of green hydrogen will begin in India. The imports will be reduced and employment will be generated.

The Centre has allocated a budget of Rs 3,000 crore. We will soon become a country exporting green hydrogen. Instead of coal, now green hydrogen will be used.

The first and foremost new technology to be made available worldwide will be Free Energy.
This is already available but immediately after 'The Event' factories will be built to provide this
technology.

There will be great changes in transportation. Within months of 'The Event' you will be able to
replace the engine of your old car. Why you may wonder – well simply because it can then run
on distilled water. Factories will be built fast for this. The 2nd phase will be introducing more
advanced cars- levitating cars. The advanced sensors in them will prevent accidents. Keshe
technology has already started development of the ‘Flying’ car. This will not be dangerous; on
the contrary they will be very safe because the car will brake automatically if it gets too close to
another vehicle.

We will with new technology have the ability to clean all of the pollution on Gaia. We will clean
all the chemical waste. We will purify our water supply everywhere. We will heal the ECO
system. Nuclear power stations will be shut down. Free energy will replace it, and it can be
distributed to us using the same system-the same buildings. 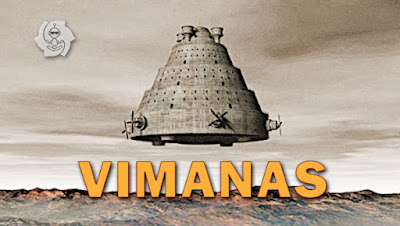 Most people who follow the subject of UFOs are aware of the name Bob Lazar. He came forward in 1989 claiming to have worked on secret alien craft in an ultra-secret portion section of Area 51. His initial interviews were done with legendary reporter George Knapp in Las Vegas and took the world by storm, causing a global sensation. Part of what Mr. Lazar disclosed was that the UFO craft he worked on, nicknamed the “Sport Model,” used antigravity for its propulsion system, allowing it to travel in a gravitational bubble immune from the laws of physics as humans currently understand them. Fortunately someone has come forward and created a video attempting to explain antigravity propulsion and you can learn more about it below.