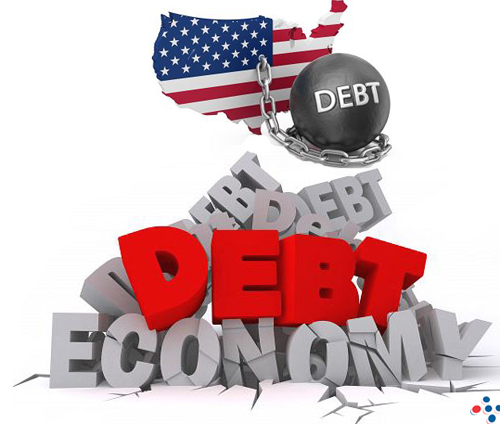 The fake U.S. regime of the rubber-masked impostor “President” Joe Biden is in serious trouble.  They face a September 30th payments deadline they cannot meet.  Since there is a two-week grace period after the U.S. Corporation defaults, this means a repeat of the February 16th, 2020 market implosion is due on or around October 14th.

That is why U.S. Treasury Secretary Janet Yellen is publicly warning the U.S. will default on its national debt in October, MI6 sources say.

This is also why “Biden,” called Chinese President Xi Jinping last week.  When he failed to get promises for new funding, his boss, Angela Hitler called and was also told the money would only come if she vowed total obedience to China, Asian Secret Society sources say.  Here is how China’s official Global Times mouthpiece bragged about the conversation:

“The first phone conversation between the two leaders in seven months amid escalating tensions…which took place at the U.S.’ request, highlighted Washington’s growing anxiety and need for China’s cooperation on key global issues.”

China told “Biden,” the “U.S. should take actions to respect China’s basic interests, discard illusions of suppressing China,” and Xi Jinping “called on Washington to shoulder responsibilities to direct the ties back on the right track,” plus “the U.S. should take more action in correcting previous wrong deeds and respecting China’s basic interests, and not expecting China to cooperate while keeping it as an adversary.”  It also noted “the Biden administration is facing huge pressure domestically” so it must not “challenge, slander or even attempt to subvert the path and system of socialism with Chinese characteristics.”

The Global Times further noted that “Hours after the Xi-Biden call, Xi also spoke to German Chancellor Angela Merkel” and ordered her “to urge the EU to adhere to the right policies on China.”

The “White House” responded by issuing the following veiled threat:

“The two leaders discussed the responsibility of both nations to ensure competition does not veer into conflict.”

China later responded by suggesting recognizing terrorism as a transnational threat and “a common enemy of mankind.”

The White Dragon Society, for its part, is negotiating an alternative to the “Biden” regime with the Asian Dragon family that uses the Xi Jinping avatar. The proposal being discussed calls for…

Do We Actually Need Debt?