The Abyss We Refuse to See 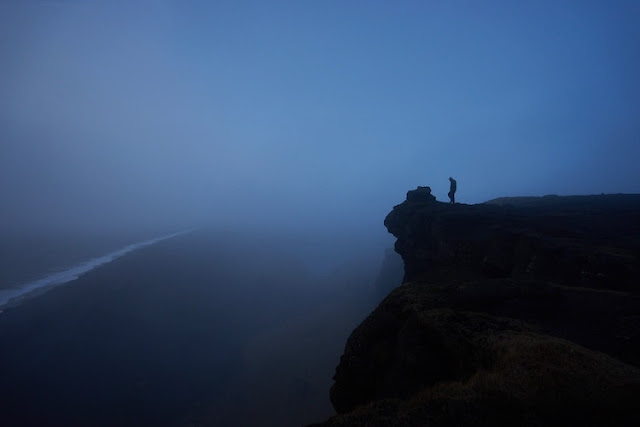 Everyone talks a big game about being openminded and flexible in their thinking. But when it comes down to it, how often do we avoid the effort of thinking and simply rely on our faith to guide us? Probably more often than most of us would care to admit.

Reason, thinking, taking things into deep consideration, is a choice. Unfortunately, most of us don’t choose reason. Most of us choose belief. This doesn’t only apply to religion and dogma. This applies also to our blind faith in the government, the state, in authority, and in the police. It also applies to everyday living. Most of us believe rather than think.

The problem with this is that it creates a society that ignorantly wants someone else to do their thinking for them; even if they won’t, or can’t, admit it to themselves. This inevitably leads to the abuse of power. And because power tends to corrupt, those who we allow to do our thinking for us will eventually abuse that power. That is, unless we are willing to take our power back and do some thinking of our own.

Faith at the expense of reason creates a blackhole, an abyss we refuse to see. Willful ignorance is the refusal. The abyss is all around us. It’s evident in government corruption and police brutality. It’s evident in the extent religions must go to bludgeon a thinker into going along with their irrational magical thinking.

A faith that by its very beliefs rejects reason and embraces the irrational cannot long endure without intimidation or force. In religion we see intimidation. In the government we see force. In the police we see violence. The abyss we refuse to see is the corruption caused by this intimidation and force, which is reinforced by our own willful ignorance and cognitive dissonance.

Wishes and whims can only muddy our reasoning if we refuse to think and instead rely upon someone else to do our thinking for us. Whether that “someone” is religion, the state, the government, the police, or some other arbitrary authority.

Reason itself must be the only sovereign lest we lose touch with reality. If we allow anything else to rule over us, we inadvertently create an abyss where meaning itself goes to die. And then anyone claiming authority can, and will, abuse its power by taking advantage of our willingness to allow that authority to do our thinking for us.

Whether it is a clash between truth and faith or between justice and power, only the thinking, rationalizing human individual can figure it out for themselves using logic and reasoning. As soon as that individual gives up thinking for themselves, they unwittingly give consent to tyranny.

Might does not make right. It never has. That’s a myth. Might must make right, or it becomes a tyrant. But, and here’s the trick, might will never make right if it is not checked and balanced by rational people who think for themselves.

When we avoid the effort of thinking, when we reject reason for faith, we create an abyss. We create tyranny. We create dogmatic trenches. We create brutal authority figures that inevitably abuse their power at the expense of others. We create all of these monstrosities, and then we refuse to see them for what they are. We go blind. We become a slave to irrationality.

It takes everyday people, individuals, you and me, who refuse to allow anyone else to do our thinking for us. It takes regulating the Powers That Be because it refuses to regulate itself. It takes questioning authority and holding those with the power of judge, jury, and executioner to a higher standard than those they are judging, jurying, or executing—a standard so high that they can’t breathe. It takes having Reason itself as our only sovereign.

Blind faith is old hat. It’s outdated and untenable. Allowing some outside authority to do our thinking for us is how we got into this mess in the first place: a species that has the audacity to create and perpetuate a profoundly sick society. A species that won’t even recognize it as a consequence of its own unhealthy actions. It’s high time we acknowledged it. Such acknowledgement begins with reason.

The abyss we refuse to see can only be seen when we choose to take it upon ourselves to think and use reason despite our beliefs. Only then can we begin to dig ourselves out of the abyss. Only then will the veil of power fall away to reveal that the wizard was never anything more than a hack, a fraud, or worse, a tyrant who used our ignorance for his own gain.

At the end of the day, the choice is ours. Continue to allow our faith in outdated institutions to destroy us, or use reason and question the veracity and validity of those outdated institutions. Giving someone else the power to choose for us will only perpetuate the profound darkness of the abyss we refuse to see.

There are those who love liberty, who strive for it, who live it, and who rise above injustice through freedom and reason. Then there are those who are bent on mindless stagnation and submission to a faith enforced by an arbitrary black-and-white uniformity disguised as authority.

There are those who long to transcend “the way things are” through their own effort and creativity. Then there are those who want others to think for them and are willing to live half-lived lives as the ultimate price (the abyss).

Choose to be the one who sees the abyss for what it is—a trap.