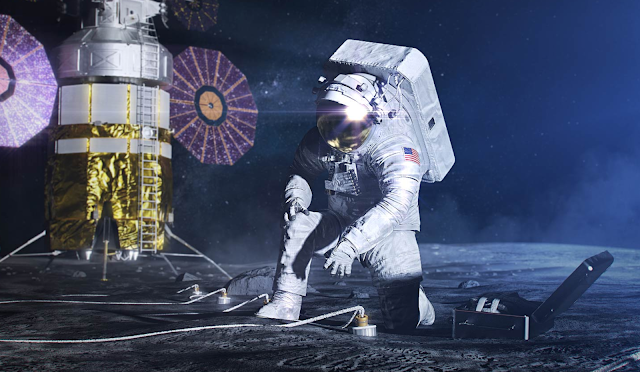 The Artemis Accords are a mechanism by which countries can participate in NASA’s Artemis Programme. The programme envisages landing the first woman and the next man on the Moon. NASA thinks international partnerships will play a key role in achieving a sustainable presence on the Moon.

NASA likely sees this as a natural next step after the collaboration at the International Space Station.

China has proposed its own version of a permanent lunar base. When the Artemis Accords were announced, Russia said the accords were too US-centric, and later went on to participate in the Chinese programme.

India’s lunar programme has had limited success. It has two missions in orbit. The first and only mission to the surface failed in September 2019. The US has collaborated with India on Chandrayaan 1, the first lunar mission. India is also collaborating with Japan on a future lunar mission, called LUPEX, to the Moon’s surface. Japan is also a signatory to the Artemis Accords.

India also depends on Ukraine for semi-cryogenic engines – and Ukraine is a signatory to the accords.

These various dependencies in advanced space technologies make up an important background to understand the context in which India is operating. They may play a role in India’s decision on whether to join the Artemis Accords.

India’s own space programme has different priorities. While continuing to launch and maintain its fleet of Earth-observation and communication satellites, it is presently pushing towards human spaceflight missions.

India is seeking to let private sector companies participate in building and launching Earth-observation and communication satellites. It is presently in the process of drafting a space law and has been publishing several draft guidelines towards opening up the space sector to private players.

India is sharpening the Indian Space Research Organisation’s focus on R&D and advanced missions. Given this, it’s essential that India be an early participant in the Artemis Accords, so that it can gain lessons and expertise from other countries that are members of the accords. This could be things like robotics from Canada, sample return and avionics from Japan, and ground station and deep space network expertise from the US and Australia.

The accords form a natural extension of the Quad’s Critical and Emerging Technologies Working Group. The US, Japan and Australia are already signatories of the accords. India’s addition to the accords would provide a framework for space cooperation among these Quad countries, and could also be extended to other critical and emerging technologies. India has a lot to offer and a lot to gain from strengthening this connection. Signing the accords would make it easier to collaborate with other signatories.

By being a part of the accords, India’s space companies could become part of a global supply chain, along with Indian SMEs and NewSpace startups. This would also help attract investment capital towards Indian space startups and lead to flow of capital into India.

In the 1960s and 1970s, India took help from western countries such as the US and the UK to better understand sounding-rocket and satellite technologies. The Artemis Accords provides a similar opportunity to learn about interplanetary missions and human spaceflight. India must take advantage of this opportunity.

There may be fears about what might happen to the indigenous programme if India were to participate in the Artemis Accords. India should encourage the involvement of the private sector in communications and Earth-observation satellites construction and launch and also outline its priorities for interplanetary and human spaceflight missions and actively pursue them. Aligning them with interests of countries that provide expertise in certain areas could be the best use of the Artemis Accords for India.

India has had a traditional partnership with Russia, which recently partnered with China in its International Lunar Research Station initiative. Signing up for the accords must not be equated to severing ties with Russia. India has maintained a relationship with Russia in other strategic areas and the same could apply for space after India signs the accords as well.

India has traditionally been wary of cooperation with the US on outer space, although their working together on the Chandrayaan 1 and NASA-ISRO Synthetic Aperture Radar (NISAR) missions have helped to build and restore some confidence in each other. These could be the stepping stones for India to sign the accords themselves.

Pradeep Mohandas is an adjunct research analyst at the Takshashila Institution, Bengaluru.