What Does Not Kill Me Just Makes Me Stronger 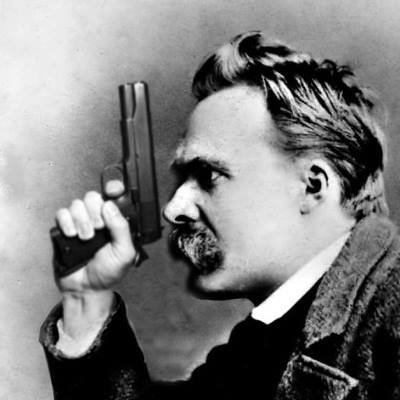 THE BITE OF THE ADDER

One day had Zarathustra fallen asleep under a fig-tree, owing to the heat, with his arm over his face. And there came an adder and bit him in the neck, so that Zarathustra screamed with pain. When he had taken his arm from his face he looked at the serpent; and then did it recognize the eyes of Zarathustra, wriggled awkwardly, and tried to get away. "Not at all," said Zarathustra, "as yet have you not received my thanks! you have awakened me in time; my journey is yet long." "your journey is short," said the adder sadly; "my poison is fatal." Zarathustra smiled. "When did ever a dragon die of a serpent's poison?" - said he. "But take your poison back! you are not rich enough to present it to me." Then fell the adder again on his neck, and licked his wound.

When Zarathustra once told this to his disciples they asked him: "And what, O Zarathustra, is the moral of your story?" And Zarathustra answered them thus:

The destroyer of morality, the good and just call me: my story is immoral.

When, however, you have an enemy, then return him not good for evil: for that would abash him. But prove that he has done something good to you.

And rather be angry than abash any one! And when you are cursed, it pleases me not that you should then desire to bless. Rather curse a little also!

And should a great injustice befall you, then do quickly five small ones besides. Hideous to behold is he on whom injustice presses alone.

Did you ever know this? Shared injustice is half justice. And he who can bear it, shall take the injustice upon himself!

A small revenge is more human than no revenge at all. And if the punishment be not also a right and an honor to the transgressor, I do not like your punishing.

Nobler is it to own oneself in the wrong than to establish one's right, especially if one be in the right. Only, one must be rich enough to do so.

I do not like your cold justice; out of the eye of your judges there always glances the executioner and his cold steel.

Tell me: where find we justice, which is love with seeing eyes?

Devise me, then, the love which not only bears all punishment, but also all guilt!

Devise me, then, the justice which acquits everyone except the judge!

And would you hear this likewise? To him who seeks to be just from the heart, even the lie becomes philanthropy.

But how could I be just from the heart! How can I give everyone his own! Let this be enough for me: I give to everyone my own.

Finally, my brothers, guard against doing wrong to any anchorite. How could an hermit forget! How could he requite!

Like a deep well is an anchorite. Easy is it to throw in a stone: if it should sink to the bottom, however, tell me, who will bring it out again?

Guard against injuring the anchorite! If you have done so, however, well then, kill him also! -