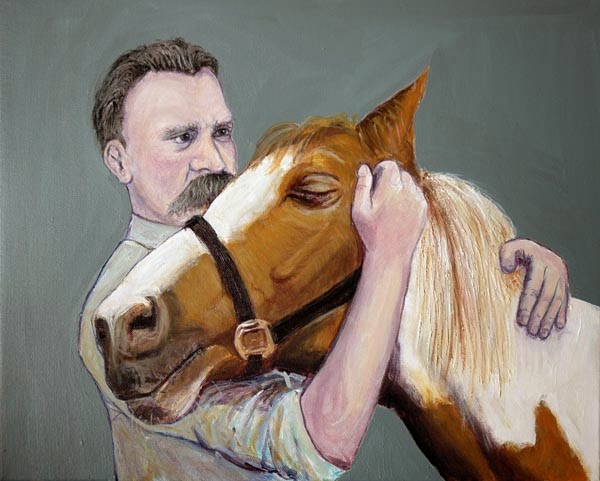 Friedrich Nietzsche, the German philosopher, was the victim of "criminally scandalous" manipulation by his anti-Semitic sister who condemned him to being considered a forerunner to the Nazis, a new book has claimed.

Elizabeth Förster-Nietzsche, who went on to become a prominent supporter of Adolf Hitler, systematically falsified her brother's works and letters, according to the Nietzsche Encyclopedia.

Christian Niemeyer, the publisher, said he wanted to clear the revered thinker's reputation by showing the "criminally scandalous" forgeries by his sister had tainted his reputation ever since.

"Förster-Nietzsche did everything she could – such as telling stories about Nietzsche, writing false letters in the name of her brother, and so on – to make it seem that Nietzsche had been a right-wing thinker like herself," he told The Daily Telegraph.

"It was she who created the most destructive myth of all: Nietzsche as the godfather of fascism."

The Nazis selectively used Nietzsche's writings to bolster their ideology and built a museum in Weimar to celebrate the philosopher, though it is unlikely Hitler himself read much, if any, of Nietzsche's work.

Elizabeth Förster-Nietzsche edited her brother's writings after his mental breakdown in 1889 and quickly began to add, remove and change passages to align his philosophy with her own beliefs and those of her virulent anti-Semite husband Bernhard Förster.

Along with her husband, she founded a Utopian "Aryan" colony in the Paraguyan jungle called Nueva Germania in 1887. It was a disaster: her husband committed suicide in 1889 and Förster-Nietzsche returned to Germany. When she died in 1935, Hitler attended her funeral.

While it has been known to Nietzsche scholars that Förster-Nietzsche meddled with her brother's work, particular after his death, the new encyclopedia – consisting of entries by about 150 scholars – shows the sheer breadth and depth of her forgeries as never before.

Niemeyer, a psychologist and Nietzsche expert from Dresden University, scoured through Nietzsche's letters to catalogue the extent of the falsifications.

Of the collection of 505 of her brother's letters that Förster-Nietzsche published in 1909, just 60 were the original versions and 32 of them were entirely made up, he claims.

She had used a "long list of dirty tricks" to hide Nietzsche's loathing for the leading anti-Semite Theodor Fritsch in letters he wrote in 1887, Niemeyer said.

At the same time, she fabricated remarks that made Nietzsche appear to endorse the views of the French philosopher Arthur de Gobineau, who advocated the racial superiority of "Aryan" people.

In her edition of the famous book, The Will to Power, Förster-Nietzsche included only 270 of the 374 aphorisms her brother wrote – and most of them were incorrect.

She cut out the maxim in which her brother condemned anti-Semitism with the words: "Have nothing to do with a person who takes part in the dishonest race swindle."

Niemeyer also discovered that in her edition of Beyond Good and Evil, Förster-Nietzsche removed the sentence: "The anti-Semites cannot forgive the Jews for the fact that they have 'spirit'."

He added: "All of her falsifications were held together by the idea that Förster-Nietzsche and her husband Bernhard Förster, who was a Hitler-precursor similar to Theodor Fritsch, thought the same or nearly the same."

While acknowledging some of Nietzsche's early writings could be interpreted as fascist and he shared an early friendship with the anti-Semitic composer Richard Wagner – a relationship that later broke down – the philosopher was never a fascist or anything like it, Niemeyer said.

Rather, he was above all an iconoclast who was deeply contemptuous of both anti-Semitism and nationalism.

Although the falsifications have been largely corrected in later editions, they helped cement Nietzsche's reputation early on as a fascist – a stigma from which he has never fully recovered, Niemeyer said. 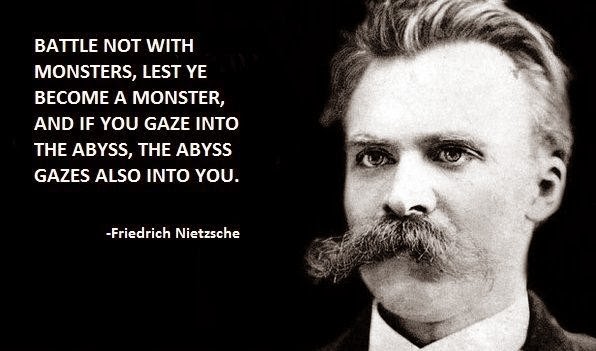 By David Wroe in Berlin
http://www.telegraph.co.uk/news/worldnews/europe/germany/7018535/Criminal-manipulation-of-Nietzsche-by-sister-to-make-him-look-anti-Semitic.html
READ MORE
The Recurring Myth About Nietzsche and Fascism
Posted by SATHYA at Sunday, September 27, 2020