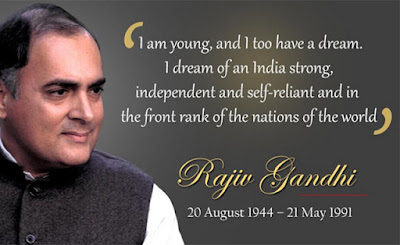 Lt Gen P N Hoon, a former Army commander of the prestigious Western Command, has claimed there was a plot to topple Rajiv Gandhi's government in 1987. He has also claimed that three crack para-commando battalions including one from the Western Command, were told to move for action in Delhi.

The 86-year-old Hoon has alleged that the then Army chief General Krishnaswami Sundarji and Lt Gen S F Rodrigues, the vice chief of Army, who went on to become Army chiefm were involved in the plot.Hoon hints in his just-released book, `The Untold Truth', that the plan for a coup was hatched at the behest of certain very senior politicians who did not share cordial relations with Rajiv.

The Lt Gen states that at his farewell function in 1987 hosted by the then Punjab governor Siddharth Shankar Ray in Chandigarh, Giani Zail Singh had blamed Rajiv Gandhi of corruption and negligence.Singh also said Rajiv was unconcerned about the 1984 anti-Sikh riots.

Hoon has claimed that as chief of the Western Command in May-June 1987, he was in Delhi on official work when he received a message that a letter had been received at command headquarters from army HQ seeking three paracommando battalions. The battalions included the First-Para Commando, which was under the Western Command, and the 9th and 10th Para Commando which were under the Northern and Southern Commands.

According to Hoon, these three battalions were ordered to be placed under Rodrigues. He said he immediately briefed Rajiv and his principal secretary Gopi Arora about the development and showed them the letter demanding special forces.

“I also explained to them how dangerous this move could be, not only for the country, but also for our political system,“ Hoon said.He claims to have ordered the Delhi area commander, which is under the Western Command, not to move any troops without his permission.Hoon, who retired in October 1987, states that one minister in Rajiv's cabinet, V C Shukla, was aware about the possibility of army action.

In chapter-10 titled `Giani Zail Singh vs Rajiv Gandhi' he said Shukla specially came down to Chandimandir to meet him.Hoon, however, concluded that Zail Singh didn't take any action against Rajiv's government fearing that it would lead to transfer of power from a democratically elected government to the armed forces.Air Marshal Randhir Singh, a veteran of many wars, disagrees with Hoon and says there's never been any attempt at military coup. “In India, a coup by the armed forces is not possible because of the kind of legacy training they have inherited,“ the 94-year-old said.

Terming it Gen Hoon's “own perception,“ Colonel K S Pathak, senior veteran and one of the founders of country's special forces, says there may have been mobilization of troops in Delhi but it was for other reasons. At the time, there was unrest in Delhi, especially after the Sikh massacre and some other problems. “Mobilization could have been for the state, not to destabilize the democratically elected government,“ said Pathak who was deployed in the special forces under the Cabinet Secretariat in 1987.
Posted by SATHYA at Sunday, October 04, 2015