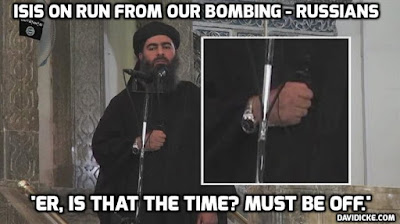 ‘Russia has just achieved, in 72 hours, what the West failed to do in an entire year.

Numerous news outlets are now reporting that ISIS forces are in total disarray and even, in some cases, completely on the run following the start of Russian airstrikes last week.

Russian Lt. Gen. Andrei Kartapolov said that “intelligence has captured that militants are leaving the areas under their control“, and, most importantly, he added that “panic and desertion have begun in their ranks. About 600 mercenaries have left their positions and are trying to get to Europe“. 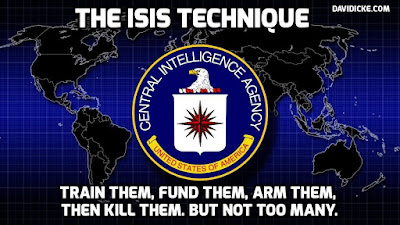 Due to this runaway success, Kartapolov said “we will not only continue conducting our airstrikes, but will also increase their intensity“, where the Russians will be targeting “command and control centers, ammunition and explosives warehouses, communication centers, mini-factories for the production of weapons of suicide bombings and militant training camps“.’