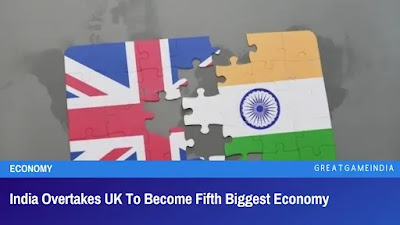 India’s GDP was ranked eleventh in the world a mere ten years earlier.

The Indian economy has already surpassed that of the United Kingdom in size, ranking it as the fifth largest, as Statista’s Martin Armstrong illustrates in the graphic below, with a 7 percent growth predicted for 2022.

According to the International Monetary Fund’s most recent statistics, such is the case. 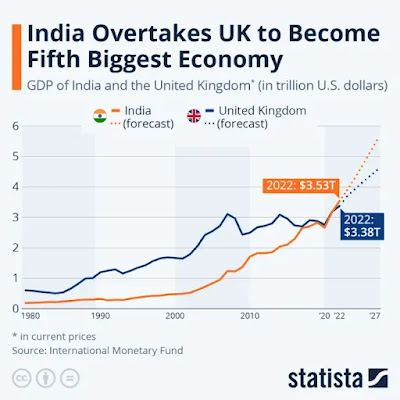 You will find more infographics at Statista

India’s growth coincides with a period of rapid inflation in the United Kingdom, resulting in a cost-of-living issue and the likelihood of a recession, which the Bank of England estimates would persist through 2024.

This circumstance, combined with a contentious political era and the ongoing effects of Brexit, caused Indian output to surpass that of the UK in the fourth quarter of 2021, with the first quarter of 2022 presenting no change in the rankings.

Looking down the road, the IMF predicts that this will become the new normal, with India set to overtake the UK up until 2027, becoming the fourth-largest economy in the world while the UK falls to sixth.

EXPLOSIVE: Here’s what was uncovered in Hunter Biden’s iCloud Hack