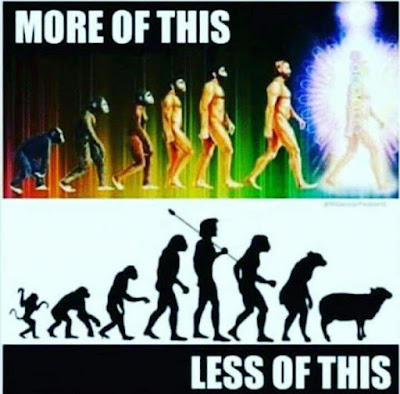 (Notice to readers: The next three reports will be pre-written so that I may take my annual digital detox and fast in Canada. Barring some unexpected black swan event regular reports will resume on August 22nd. Your understanding and support is appreciated.)

Sometimes it is important to step back from the day to day struggle for the planet earth and look at the big picture. Here the evidence is clear. The planet earth is headed for some sort of Cambrian explosion type event and dark forces are trying to prevent this from happening. In other words, we are dealing with something far more important than just a 21st century political struggle.

To understand what is at stake, let us look again at the Cambrian explosion. For about 3.5 billion years, life on earth was microscopic in scale. What we would have been able to see with the naked eye would have been brown scum or maybe mats of algae. Then suddenly, about 530 million years ago, macro-life exploded into being. The oceans were filled with a dazzling variety of life forms that were trillions of times larger than anything that existed before. It was the evolutionary equivalent of a big bang. 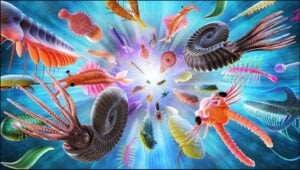 We are now facing a similar type of evolutionary big bang. The reason is that humans have learned how to control and channel the life force. We now have the technology to use the basic genetic building blocks of life to create new forms of life. We are also close to attaining immortality and super powers.

For example, we can now take an ordinary chicken and turn it into a T Rex like creature weighing many tons with just a few genetic tweaks. Whether or not we want to create hunting reserves filled with mutant T rex chickens is another question; the point is we now have the power to do such things.

We can also alter our own genes so that we could have the strength of an ant, the eyes of an eagle, radar like bats, sonar like dolphins, electro-senses from eels etc. We can also become virtually immortal. So, we could all become immortal super-beings. This is not science fiction, it is now actually possible. This means we need an open debate on what to do about this new found god like power that we have. At the very least, I believe most of us would rather live a lot longer than we do now.

The standard argument that we hear against immortality is that “the planet would become overcrowded. That is a lie. First of all, at present, if we gave each person a Chinese style subsistence farm, we could fit the entire population of the earth in the State of Texas. Also, with energy technology that has been suppressed, we could create entire new eco-systems in the deserts, the frozen wastelands and underground. We do not even have to invoke “free energy.” This can be done with hydrogen taken from water using solar power, for example. This means we could support many times more people –living in harmony with nature- than we have now, even if we are prevented from colonizing space

However, something, or someone, is trying to prevent this from happening. When we look at what has happened to us, especially in the West, over the past two years, we can see that a powerful group has been trying to alter our genes with vaccines designed to turn us into domesticated animals. As Henry Kissinger once famously boasted: “In the future it will be as impossible for the ordinary people to rebel against us as it is for a sheep to rebel against a farmer.” We are fighting against a tribal group that wants to monopolize the ability to become superhuman. They want the rest of us to have short, ignorant lives of inescapable and permanent slavery.

(The remainder of this Article or Video is only available to members of BenjaminFulford.net holding the respective level of subscription. If you are trying to view the Friday Video and are logged in, please make sure you hold the correct subscription level.