Havana Syndrome In Your Neighborhood? 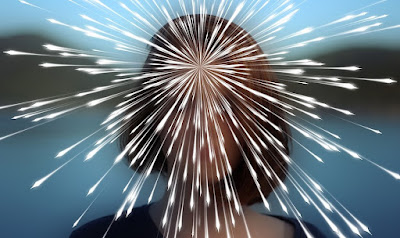 HAVANA SYNDROME has been in the news on and off the last few years. Many remember that this is the name of the type of mostly internal injuries received by American Diplomats assigned to the Embassies in Cuba, then months later in China. Few remember the sparse news article follow-ups saying that when these victims of what turns out to be nebulous but very real  “Directed Energy Weapons” (DEW) or Electromagnetic weapons, such as Microwave and Radio Frequency (RF), returned, they were also attacked along with other Federal workers in the US and their homes broken into.  That was hidden because it is highly unlikely that a foreign power followed them home and is operating under Homeland Security noses, is it?

The US government has been tripping over itself to try to pretend to be ignorant of what these weapons could possibly be, even promoting contemptibly ridiculous stories like the injuries were from “sonic crickets”. What they have not told you is that Nikola Tesla, an inventor from New York, created the basic concept for electromagnetic weapons and built many effective and dangerous devices. When he died in the 1940s, the FBI swooped in and illegally confiscated all his documents and inventions. Various DOD entities and Contractors have been developing these weapons, both war arena-sized weapons and anti-personnel and hand-held variations, for decades.  Indications are, Contractors have been selling these weapons secretly to anyone who had the money, not only willy nilly to foreigners, foreign governments but rich people with bad intentions, criminals, gangs and drug lords too. The US government doesn’t want to admit how much it has kept secret from you because they knew you would be concerned it would be used for evil. They were entirely right. It is.

In Australia and Canada, recent (2022) peaceful protesters have reported being hit with some kind of mystery energy weapons that burned them, swelled their faces, caused horrific ear pain and blinding headaches, dizziness, etc. very similar to, if not exactly like the injuries suffered by the Diplomat victims, who were diagnosed with neurological brain damage referred to as “Havana Syndrome”, some now permanently disabled with permanent brain damage from only a few minutes’ exposure. Yet, are we to believe that the governments of Australia and Canada somehow have known all about these weapons, developed them, then put them in their military and police arsenals to use agains friend and foe alike, but that the United States has somehow remained completely clueless?

No, rogue, criminal elements of our government, military, and affiliated contractors (MIC/Military Industrial Complex) and politicians have been directing such weapons be used on “inconvenient individuals” to secretly assassinate them. Think Breitbart, Scalia and others not as well known, but affiliated with or in the way of crooked politicians somehow and considered “to have known too much”.  Likely more people than you can imagine have been murdered this way. It is a popular way of dealing with whistleblowers especially as well.  In fact, the now-institutionalized method of eradicating inconvenient people is as follows: a powerful person conveys to the DHS or FBI/Fusion Center network that they want a torture and kill contract taken out on someone. The FBI/Fusion Center system investigates the person, jimmies up a ludicrous, false dossier on him/her to secretly get rubber-stamped by a complicit FISA Court, then the nearest Fusion Center sics a pre-trained secret network of civilian mercenaries on that person 24/7 to harass, intimidate and use various covert weapons (war-grade poisons, gases, and DEW upon them until they die from induced cause. Police and local officials are bought off or told stay out of it, “it’s a Federal program”. Cancer pockets develop in neighborhoods active in the slow-kill murder, but this conveniently kills off potential complicit witnesses as well.

Profit outside the rigged system! Protect yourself from tyranny and economic collapse. Learn to live free and spread peace!