This is a species awakening! 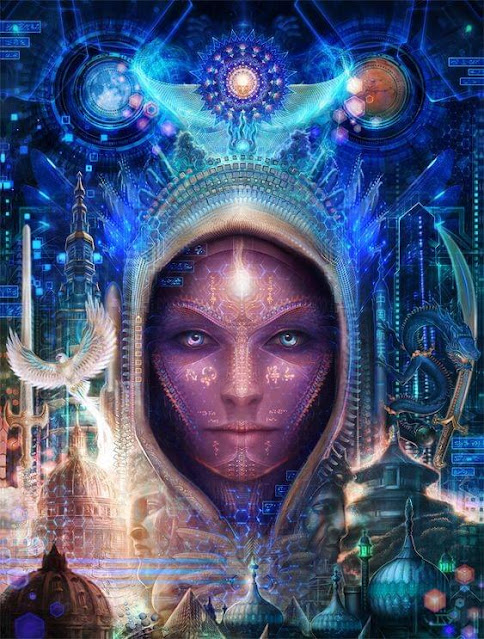 As you are more able to rest in a paradoxical state and surrender the habitual need to choose sides and form belief systems, an amazing thing happens: Consciousness begins an alchemical process in which deep integration occurs. This deep integration shifts your consciousness to such a degree that it can no longer fully return to a polarized state of expression. During a planet's evolutionary cycle, this process starts with individuals and then accelerates until it spreads to the species. This is a species awakening, leading you out of the dream of polarized reality.
This consciousness has rarely been accessed by humans until now. The reason you are able to begin this process is because of the shift in frequency since you passed through the alignment with the galactic core around 2012. You have entered a new 13,ooo-year cycle based on integration rather than separation. This is connected to your birth into'a forth-density frequency, but it doesn't mean you can stop your inner work. In fact, it means you have to accelerate it in order to ride the wave, so to speak.
When you look around your world, you see many horrible events. You might question how you can actually move into a more integrated state when you see the opposite around you. As the energy of integration increases, so does the resistance. You don't see happy news that someone has successfully navigated the jelly band. Instead, you hear about murders or politics, which only reinforce the anchor of the ego. You feel the experience of heightened polarity rather than integration. But eventually, consciousness dynamics as a planet will force you to deal with your intense polarity. Should you engage the process, this will then lead to paradox and alchemy, according to the Sirian formula.
On the microcosmic level, you are already making the shift. We know you have been working on specific inner issues and have made great progress, moving yourself into profound alchemy that does not get broadcast on the evening news. This shift changes your emotional body, which you have to learn to navigate. You feel disoriented, and we have heard from some that it's as if you can actually feel the heavy baggage you carry in your bodies.
The Golden Lake - Alchemy
Artist: unknown
SOURCE
Posted by SATHYA at Friday, November 27, 2020