Vedic Perspective On The Leader's Role 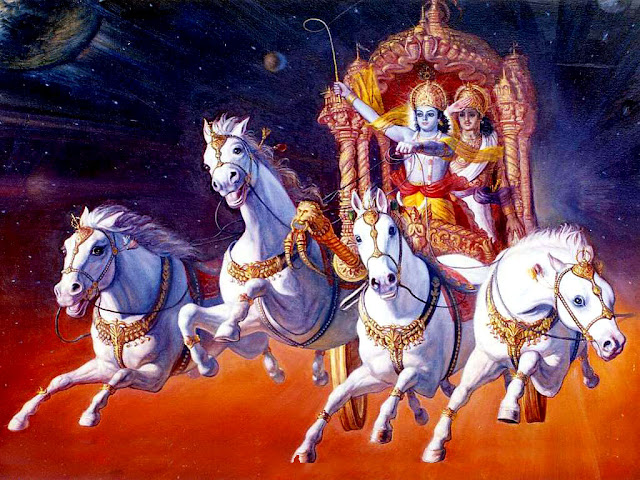 Leader's foremost role is well-being of his flock. To know what `well being' of a person means, ask: `What is the conception of a person?' In the film, `Dangal,' with a family tradition of wrestling, parents are concerned that their children should eat well and become strong-bodied; that is driven by their conception of life.Imagine another family where the parents are, say Harvard graduates.Their concern is that their children should study well; else they get agitated, because their conception of well-being is a good, formal education. This is described in Vedic terminology as `dehatma buddhi' or bodily conception of self. The other two concepts of life are mental and intellectual conception of self.

In the Mahabharata, Arjuna refuses to engage in battle as he analyses his situation, in terms of these three conceptions of the self. He asks Krishna, “I am bewildered about my duty; please tell me what is good for me in shreyas (long-term as opposed to preyas, short-term).“

Most people tend to think of spirituality as one of belief versus non-belief. There is confusion; so they keep the spiritual aspect aside and they want the leader to be secular, thereby confining his role to body-mind-intellect. But as Vedic knowledge points out, only when the fourth dimension (spiritual well-being) is included, one can address challenges holistically .With this inclusion, the other three become easier to address. All four can be engaged with, concurrently .

The Narada Pancharatra says, to become free of all designations ­ based on the body-mind-intellect conception of the self, and base passions, emotions and ambitions that such conception breeds ­ is what is really meant by bhakti or freedom from upadhi afflictions; to be spiritually charged, free and pure.

Rising and deepening inequalities in the world are due to greed, a result of lack of spiritual awareness. For example, the recent demonetisation drive in India seeks to curtail greed and hoarding by legislation, which is essential. But only when spiritual well-being is also addressed, can kama, lust and greed be truly and effectively reined in. Ravana, Hiranyakasipu and Kamsa were able kings but only as far as body-mind-intellect well-being. The spiritual well-being aspect was absent.

Coming back to Arjuna, Krishna reveals to him that the war was more than a family feud; the bigger picture was that Krishna wanted Yudhishtira to administer Hastinapur (not Duryodhana) for he would take care of the fourth aspect, spiritual well-being of the people as well, ­ also the duty of a good leader. With spiritual well-being, there will no longer be greed and society will progress to a higher quality of life, resulting in holistic development and progress.

By Chanchalapathi Dasa
Jan 21 2017 : The Times of India (Hyderabad)