The Satanists are Defeated 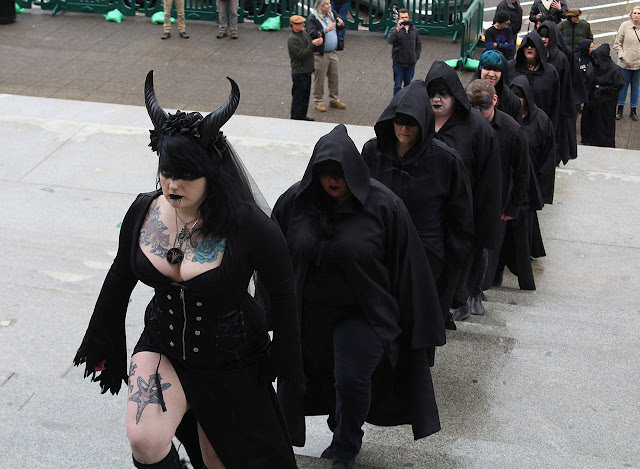 Some celebrities 'self-isolating' at home are making strange videos, appearing with no make-up, looking disheveled and distressed. As one Anon says, 'This is Hollywood unmasked'. Indeed. The elite satanists seem to be acknowledging defeat.

One of the most bizarre examples is Madonna. She has made two videos. In one video she is standing in her bathroom, no makeup, singing a made-up song about 'fried fish' into her hair brush. In the second video, she is sitting naked in a bath of water, saying that we are all in the same boat and we will go down together.

Is Madonna signalling to her famous satanist friends that the game is up? An astute Anon has made a connection that seems to indicate it.

Scroll down this Twitter feed until you find the Madonna videos...

'Albert Fish, a child rapist/cannibal. A filthy FISH that got FRIED in an electric chair at New York's Sing Sing Prison. Madonna SINGing 'Fried Fish', then soaking in water.'

The connections between Albert Fish and Madonna's videos are compelling, and too unusual to dismiss out of hand.

Tom Hank's wife Rita Wilson has posted tweets of herself reading a book titled 'End Game'. It seems these evil people are signalling among themselves that they are doomed.

Coach Jerry posted about the two large 'hospital' ships - I agree that they are much more likely to be prison ships. Also David Wilcock, in his latest life stream video, talked about the major inter-nation military operation in Europe. He said that it is actually an undercover operation to arrest the deeply-entrenched European satanists.

I like this excerpt from an Arcturian channeling by Marilyn Raffaele...

'You are in the midst of the changes you have been hoping, praying and looking for, but didn't expect to manifest in this way.'

The pandemic cover operation has taken hold swiftly around the world. The mostly asleep population is too fearful to think about what is really going on behind the scenes. They will know soon enough. And when they do, they will need us to reassure and comfort them.

We Light Warriors are ready and waiting to help humanity.

Where We Go One We Go All.

Justice is Coming
https://youtu.be/Eon83KIRfxA
Posted by SATHYA at Wednesday, March 25, 2020