The Antidote To The Deep State/Cabal 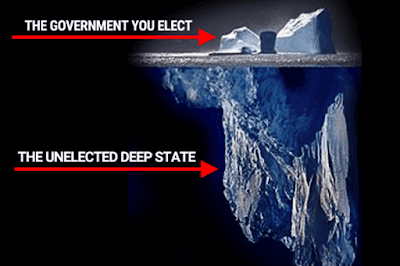 In Brief The Facts:

The reality of the Deep State has become quite widespread, this has left people wondering how to stop them. The reality is, to get there, we must create a collective consciousness that no longer allows them to exist.

Does your state of being reflect one of peace, empathy, love and understanding? Or does it stem around anger, division, polarity and fight? We fuel the Deep State, we can remove that fuel.

Revelations of a shadowy government behind the scenes of ‘real government’ have been coming forth for many, many years. A group of individuals, bound to no country and no religion, have been quietly influencing everything in our world from the economy, political policy, healthcare, the food supply and more. Quite literally, they influence and control everything. This is what many call the Deep State or The Cabal.

This was once quite a conspiracy, but after years of it being proven true over and over again, and whistleblowers confirming this reality, people have turned their attention to a big question: what do we do to shut them down? To gain our power back?

This has been one of the big questions I have been focusing on answering since first starting Collective Evolution almost 10 years ago now. Unlike many other media outlets, we have built a formula for presenting information that includes both world events and deep conscious understandings.

The very basic reason for that is, we cannot properly understand our world events, where everyone’s focus is, until we understand ourselves and why they happen. To change them, also requires us having this understanding. This is what conscious media is all about.

QAnon & Trump Have People’s Attention, But…

We have reported on Q many times. Our research and conversations with insider individuals have suggested that Q is in fact working with a number of white hats within the intelligence communities to overthrow aspects of this deep state on a physical level. Trump appears to be involved in this, but it’s difficult to tell how much at the moment. Now that I have said that, no, I’m not saying Trump is a model citizen who’s here to save the day, THIS, is the illusion many are getting caught up in.

As I’ll explain in the video below, having a saviour like mentality towards Q and Trump is not going to see the deep state fall. There is much more to the picture, and Q and Trump are what can be called a piece to the puzzle that is fueled by our overall consciousness. Let’s go into more detail in the video below.

It comes down to us. Our individual consciousness which fuels collective consciousness which is the piece that holds the Deep State in place. Yes, Q plays a role, but we must also act within ourselves. Learn to empower ourselves within our own lives. Things that in many ways having nothing to do with politics but have to do with changing the way we think, feel and live such that it comes from within. The actions that breathe out of a level of consciousness within ourselves that is peaceful and one of oneness produces an entirely different world than when our consciousness is pushing out hate, divide, and anger… programs of the Deep State. We fuel their world. We can remove that fuel.

All we have to do is stand up. Standing up means shifting our consciousness and walking away from their game.