Quantum Physics is the Medicine for our Time 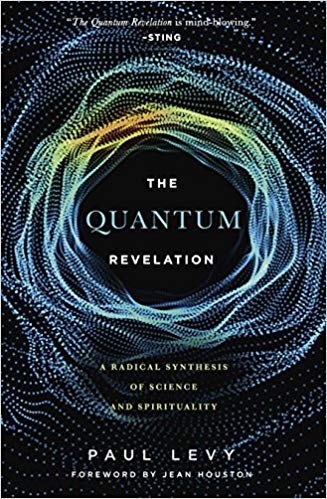 Quantum physics is unquestionably the greatest scientific discovery in all of history. What quantum physics is revealing to us is so radical, with implications so far-reaching, that to call it merely revolutionary would not do it justice. Even though quantum physics has been around for about a hundred years or so, we are still at the very beginning stages of trying to wrap our minds around its deeper meaning. We are at the foothills of the quantum Himalayas in terms of assimilating the freely-offered liberating nectar of its mind-blowing revelations. We find ourselves in the role of quantum midwives, birthing an astonishingly new quantum understanding of and into the world at large.

Quantum physics heralds a change so momentous that it can - and already has - transformed the course of human history. The discovery of quantum physics is a total game-changer – it is no exaggeration to say that it is inaugurating a new epoch in human evolution. Quantum theory demands a radical re-visioning of the role that consciousness plays in the deep structure and ongoing unfolding of reality. The change that began with the discovery of the quantum realm wasn’t solely a transformation of the worldview of science, but is more fundamentally an expression of and potentially a vehicle for the evolutionary mutation of human consciousness itself. Indeed, the most far-reaching impact of the newly emerging quantum gnosis will be found within the human mind.

In its discovery of the quantum realm, physics has stumbled upon a genuine multifaceted revelation which can be likened to a profound spiritual treasure - a heretofore undreamed of creative power - hidden within our own mind. Even with the huge impact that the revolutionary technologies emerging from quantum physics has already had on each of our lives, this effect is infinitesimally small - likened to “low-hanging fruit” - compared to what will occur when more of us recognize what its insights are revealing to us about the previously undreamed of creative power that we unknowingly have access to within ourselves.

Quantum physics has discovered that our world is quantum through and through, which is an insight that has incredible relevance for all of us in our day-to-day lives. Einstein himself famously said, “Quantum physics is so important it should be everyone’s concern.” Regarding quantum physics, most of us – tragically - have little or no idea what we have been missing. We have been ill-informed and left in the dark regarding these over-the-top discoveries that have everything to do with our nature as creative beings playing a crucial participatory role in a universe that is itself an on-going work of creation.

To quote John Archibald Wheeler, one of the pre-eminent quantum theorists of the twentieth century, "The quantum is the crack in the armor that covers the secret of existence." In times of darkness such as ours, as poet and songwriter Leonard Cohen would say, cracks are how the light gets in. The revelations emerging from quantum physics, in showing us our world-transforming creative power, are offering us the fundamental solution to the world crisis we currently face – but in typical quantum style, potentially. As quantum physics makes explicitly clear, how things actually turn out depends upon how we dream it.

A pioneer in the field of spiritual emergence, Paul Levy is a wounded healer in private practice, assisting others who are also awakening to the dreamlike nature of reality. He is the founder of the Awakening in the Dream Community in Portland, Oregon. Paul is the author of The Quantum Revelation: A Radical Synthesis of Science and Spirituality (SelectBooks, May, 2018), Awakened by Darkness: When Evil Becomes Your Father, Dispelling Wetiko: Breaking the Curse of Evil and The Madness of George W. Bush: A Reflection of Our Collective Psychosis. An artist, he is deeply steeped in the work of C. G. Jung, and has been a Tibetan Buddhist practitioner for over thirty years.

Please visit Paul's website www.awakeninthedream.com. You can contact Paul at [email protected]; he looks forward to your reflections.
Posted by SATHYA at Tuesday, December 11, 2018