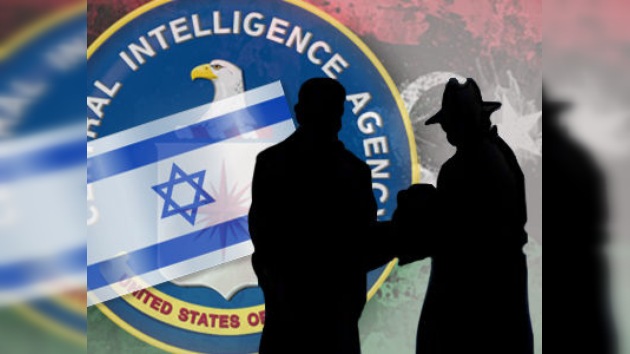 A top secret weapon of the CIA is used for conducting clandestine assassinations without leaving a trace of evidence. This specially designed secret weapon is a pistol which shoots a small poison dart to cause a heart attack, as explained in Congressional testimony in a short video clip below from the powerful documentary Secrets of the CIA.

The dart from this secret CIA weapon penetrates clothing and leaves nothing but a tiny red dot on the skin. On penetration of the deadly dart, the individual targeted for assassination may feel as if bitten by a mosquito, or they may not feel anything at all. The poisonous dart completely disintegrates upon entering the target. To watch a one-minute video on this top secret weapon with testimony taken both from a CIA employee and at a Congressional investigation, click below.

On penetration of the dart, the lethal poison rapidly enters the bloodstream causing a heart attack. Once the damage is done, the poison denatures quickly, so that an autopsy is very unlikely to detect that the heart attack resulted from anything other than natural causes. Sounds like the perfect James Bond weapon, doesn't it? Yet all of this is verifiable in Congressional testimony.

The astonishing information about this top secret weapon of the CIA comes from U.S. Senate testimony in 1975 on rogue activities of the CIA. This weapon is only one of many James Bond-like discoveries of the Church Committee hearings, officially known as the United States Senate Select Committee to Study Governmental Operations with Respect to Intelligence Activities.

Could this or a similar secret weapon have been used, for instance, in the death of 52-year-old Mark Pittman, a reporter who predicted the 2008 financial crisis and exposed Federal Reserve misdoings? Pittman, whose fight to open the Federal Reserve to more scrutiny led Bloomberg News to sue the central bank and win, died of a heart attack on Nov. 25, 2009. How many other alleged heart attacks may have been secret political assassinations?

To watch the full 45-minute Warner Brothers documentary Secrets of the CIA, from which the above one-minute video clip was taken, click below.

In this riveting exposé, five former CIA agents describe how their initial pride and enthusiasm at serving their nation turned to anguish and remorse, as they realized they were actually subverting democracy and killing innocent civilians in the name "national security" and promoting secret foreign policy agendas.

The above-mentioned testimony is from 1975, several decades ago. With the ensuing leaps in technological capability, just imagine what kinds of secret weapons for assassination have been developed since. There is good evidence that technology has even been developed to cause strong suicidal feelings in a targeted person. For more on this, read powerful information on "nonlethal" weapons at this link and major media articles on the topic available here. For undeniable evidence of a military weapon which may even cause natural disasters, click below.

The box below provides several ideas on what you can do to further educate yourself on top secret weapons, CIA mind control projects, and more. We also invite you to think about these things and invite discussion with your friends and colleagues. Does the public deserve to know about such secret programs? Can we trust that such deadly weapons are being used for the good of the nation and world, and not for selfish ends? By spreading the word, we can make a big difference and build a brighter future for ourselves and our children.

With best wishes for a transformed world,

What you can do:

Read other powerful, reliable articles on political assassinations at this link.

Inform your media and political representatives of this critical information on top secret weapons. To contact those close to you, click here. Urge them bring this information to light and allow public dialog on the topic of clandestine assassinations and lethal secret weapons.

Learn about the intriguing history and development of controversial CIA mind control programs in this excellent two-page summary. Footnotes and links to reliable sources are provided for verification purposes.

Visit our eye-opening Mind Control Information Center at this link.

Explore inspiring ideas on how we can build a brighter future in this short essay.

Spread this news on top secret weapons to your friends and colleagues, and bookmark this article on key news websites using the "Share" icon on this page, so that we can fill the role at which the major media is sadly failing. Together, we can make a difference.

WantToKnow.info believes it is important to balance disturbing cover-up information with inspirational writings which call us to be all that we can be and to work together for positive change. For an abundance of uplifting material, please visit our Inspiration Center.

Explore the mind and heart expanding websites managed by the nonprofit PEERS network:

www.momentoflove.org - Every person in the world has a heart

www.weboflove.org - Strengthening the Web of Love that interconnects us all