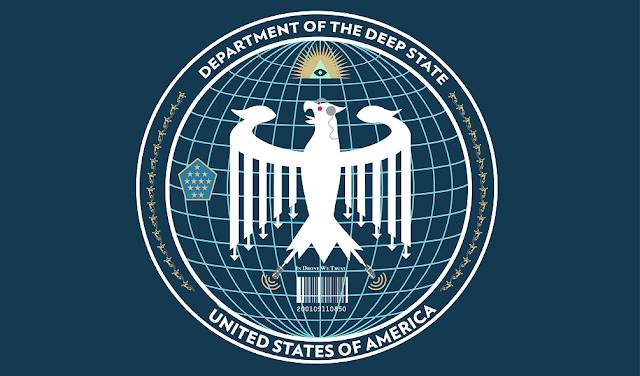 President Trump is shaking up the Deep State in such a way they’ve ordered the corporate media to attack him nonstop, according to former top CIA officer Kevin Shipp.

“Donald Trump is questioning the Deep State and the shadow government,” Shipp said in a USAWatchdog interview on Sunday.

“He’s rocking that place left and right. The news media is terrified of that. Their editors are telling them to attack him just like they are attacking him from the inside. It’s just dirty pool because they want him taken out.”
https://youtu.be/flSYmWkp6Qk

Shipp elaborated on the infrastructure of the Deep State and shadow government apparatuses within the government to explain how they can go after a sitting president without oversight.

“There are many things that they do with impunity. Then there is the ‘Deep State,’ which is the military industrial complex, all of the industrial corporations and their lobbyists, and they have all the money, power, and greed that give all the money to the Senators and Congressmen. So, they are connected, but they are really two different entities. It is the shadow government . . . specifically, the CIA, that is going after Donald Trump. It is terrified that some of its dealings are going to be exposed. If they are, it could jeopardize the entire organization.”

Shipp had previously emerged from obscurity to blow the whistle on the Deep State in September, warning the CIA and NSA are the central “hub” of the shadow government which can manipulate the president and political decisions, and has the power to start wars, torture, initiate coups, and commit false flag attacks.

By David Nova
Posted by SATHYA at Wednesday, January 17, 2018