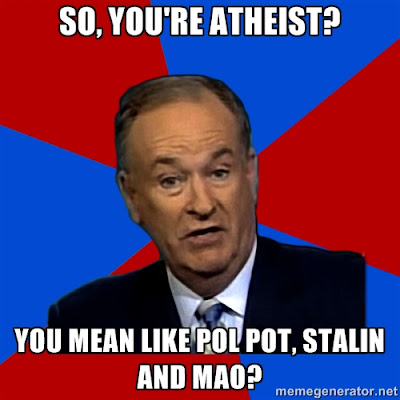 Karl Marx once remarked that he had found the German philosopher Hegel standing on his head and turned him the right side up in formulating his own theory of dialectical materialism. Now, Indian communists in Bengal and Kerala seem to be upending the author of Das Kapital, at least in so far as it concerns his dismissal of religion as the opiate of the masses.

As the two states gear up for assembly polls, the followers of Marx are resorting to what might be termed diametrical immaterialism by turning to religion, which they seem to reinterpret not as a mass narcotic but as an invigorating Viagra of the vote bank. In both the states the comrades are trying to woo voters by giving an approving thumbs-up to religious rites and places of worship.

In Bengal, big guns from the communist arsenal have reportedly made themselves conspicuous by their presence at Hooghly's Furfura Sharif, the 14th century shrine revered by the Muslim community, which is widely seen to be a pivotal poll factor in no less than 123 of the state's 294 constituencies.

Asked to explain how such devotional genuflexions can be reconciled to atheistic Marxism, the CPM state secretary is quoted as saying that while he does not practise religious worship either in private or in public, he does visit the shrine in question as, being the venue of a popular fair, “It provides a good opportunity to connect with people.“

Some might feel that the leftist doth protest too much, even as his comrades in arms ­ or should that be comrades in alms? ­In distant Kerala, cross over to the saffron side of the religious spectrum and seek to win over the Hindu vote in the face of a growing BJP challenge.

Key functionaries of the CPM have been spotted joining in festivities associated with Hindu deities like Krishna, though such revisionist deviations have been explained away as having not religious but secular associations in that they represent the `end of Onam', the harvest festival.

Some might deem such excuses to be unnecessary in that its acolytes have turned Marxism itself into a religion, replete with its holy icons like Lenin and Trotsky, apart from Karl himself, and its priestly class as represented by the Politburo.

Atheists might suggest that, like other faiths, communism banks on pie in the sky rewards, and cite the story of Chinese farmers who were exhorted to sow crops while reciting the thoughts of Chairman Mao in order to ensure a bumper harvest. Asked by a Red Guard if he'd done as prescribed, a turnip farmer replied that he had and that his crop reached from earth to heaven. “Don't you know there's no heaven?“ asked the Red Guard. “Yes“, said the peasant. “And there are no turnips either.“

Instead of turnips in China, read votes in Bengal and Kerala to get the moral of the story.

The Times of India (Hyderabad)