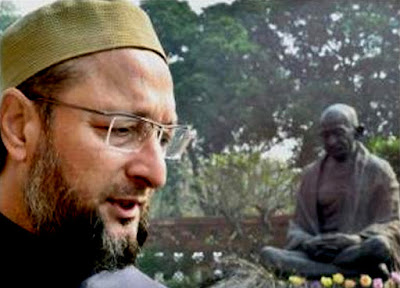 Two recent incidents strengthen a worrisome sense that in India today not only is the space for liberal values shrinking but rule of law is also being subverted. First, four Kashmiri students at Rajasthan's Mewar University were assaulted by a mob and arrested over allegations of consuming beef in their hostel room. Members of right-wing groups gathered outside the campus, threw stones and blocked the Ajmer-Udaipur highway. A mob also set fire to a shop that reportedly supplied meat to the Kashmiri students.

However, preliminary investigation by authorities shows that the meat in question wasn't beef. This makes the Mewar University case disconcertingly similar to the Dadri incident last year where Mohammad Akhlaq was lynched over rumours that he had consumed beef. That it's become so easy to accuse someone of eating beef and then let loose mob violence is alarming.

Whether it is the BJP-led government at the Centre or some of the party's state governments, their obsession with the beef issue is to blame. A dangerous attempt has been made to equate proscription of beef with a Hindu majoritarian nationalist identity.

Such messaging from the top political leadership has encouraged mob rule and imperilled law and order.

We see a similar pattern in the suspension of AIMIM MLA Waris Pathan from the Maharashtra assembly for refusing to chant, 'Bharat mata ki jai'. Though nobody should be forced to chant the slogan, it is being projected as a test of one's patriotism. Such messaging is also dangerous. It's noteworthy that Waris's suspension was vigorously supported by Congress and NCP too ­ suggesting how other parties are jumping on to the nationalist bandwagon alongside BJP. And this in turn will egg on conservative minority politics by parties such as AIMIM, leading to a dangerous polarisation.

By pushing a narrow definition of nationalism BJP lawmakers are not only playing with fire but also doing a huge disservice to the idea of India. In a country as vast and diverse as ours, a single slogan or dietary preference can't be the marker of one's patriotism. Our Constitution was drafted precisely with a view to accommodating multiple ideas of identity and autonomy of opinion. That's what our legislators should be upholding. Instead of vitiating the atmosphere by debating who is a nationalist and who isn't, legislators should focus on substantive development issues. That would be truly patriotic.